New Android Phone Andi 2
On Wednesday iBall announced the launch of its second dual-SIM Android smartphone Andi 2 in the Indian market priced at Rs. 9999(195 USD or 150 EUR) only. iBall is the very popular name in India when it comes to computer accessories and components. But iBall has recently forayed into the domain of mobile phones and following the trend set by pioneers phone manufacturers. iBall has launched plenty of models at economical prices. And it seems to be on a roll with its new affordable handsets. If some one is looking for Android phone under 10K price then here is an option for you and it's called iBall Andi 2. There are few good things, you can enjoy in Andi 2 but it is not what most of us expecting from the new manufacturer like iBall. A front facing VGA camera can enable you video call if you use 3G features, it offers an array of options, such as Wi-Fi, Bluetooth, GPRS and 3G capabilities. 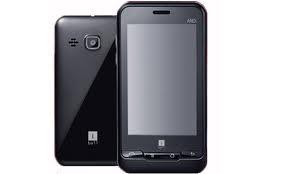 The battery capacity of Andi 2 surely looks impressive for the device of its class, hopefully it will provide better battery life than competing Android phones of similar price range. iBall Andi 2 is packed with 1450 mAh Lithium-ion A-class battery so we can expect high autonomy from this one. A 3.0 MP camera will help to take quick snapshots and Andi 2 has been enhanced with exceptional sound quality, it supports a 3.5mm earphone jack 'a hallmark of every iBall product'. The another new exciting thing about this phone is Dual SIM support with Dual Standby.

Comparison with other phones

iBall Andi 2 is powered by a low-performance and ordinary 800 MHz single-core processor. Specification wise, iBall's Andi 2 phone is less than average so what the price is lower then others. Though there are many Android Phone in market with latest Android OS supports, we will have to wait and watch, where does Andi 2 stand? iBall Andi 2's selling point is the dual-SIM capability and other than that we can't expect other interesting features from this Android phone. A variety of options available in the market for the economic consumer looking for budget Android smartphones in India like deluge of inexpensive Samsung Galaxy smartphone or offerings from the Lava and Micromax stables. Andi 2 is the successor of Andi smartphone launched by iBall on the market and the company is still selling its first product Andi. The device Andi is also powered by Android 2.2 Froyo and can be purchased for only Rs 5,400 (105 USD or 80 EUR).

Even though iBall's Andi 2 supports Dual SIM with Dual Standby, it would face a tough competition with other Dual SIM Android phones like Spice Mi-350n, Micromax A75 and Micromax A73 these are cheaper and runs on Android 2.3(Gingerbread). Andi 2 has no software improvements in comparison with its predecessor model. In fact, Andi 2 will have to face some competition in this space. We don't know why did the company come up with a weird name for this handset and the Android 2.2, don't know whether this phone will support latest versions of Android. But is the phone really worth the price? After considering the hardware and software specs, First disappointment comes from the Android version of this phone. We know, Android 4.0 has been in the market for six months and we are soon going see release of Android 5.0. Second disappointment comes from 3MP rear camera and VGA front camera. As far we know about the camera, less then 5MP is not enough for today's smartphone.

Is iBall a reliable company? Is it worth buying their phones?