Specifications and features of the Ainol NOVO 7 Elf :

Display: The Ainol NOVO 7 Elf possesses a well equipped 7 inches capacitive Touchscreen with a resolution of 1024x600 that enables a 5 point multi touch sensitivity for the ease of Touchscreen usage. The display with this feature doesn't require a stylus for its operation.
Processor and RAM Specifications: One of the fastest Processors, the AllWinner A10 series of processor with a frequency 1.2GHz. The device comes with an available RAM of 670 MB out of the total 1GB. This gives a faster and better performance making the Ainol NOVO 7 one of the best Android Tablets. The Tablet also supports an 8GB storage memory with expandable ability up to 16 GB.
Operating System : The Ainol NOVO 7 Elf Tablet PC runs on the Android OS 4.0( Ice Cream Sandwich) which supports Flash Player version 11 and HTML 5 for the better transition from page to page and web file hosting.
Battery details of the Ainol NOVO 7 Elf : It comes with a battery of specification 3800mAH and 7.4 V rechargeable Lithium ion battery. The battery backup is estimated to be around 5 to 8 hours. Keeping a Wi Fi network in use would reduce the battery life.
Camera Specifications : The Tablet has an in built front facing camera with a resolution of 1.3 MP.
Other features and Reviews : The Tablet PC Ainol NOVO 7 Elf reviews to be one among the best Android Ice Cream Sandwich Tablet PCs of the time with the features like a 4 way G sensor, Additional Gaming support by the built in 3D accelerates that gives a wonderful 3D gaming experience, multiple language support including English, French, Italian, Spanish, Deutsch. The Ainol NOVO 7 Elf sales over Amazon at a price of about $199 with a great discount offer of 33%. 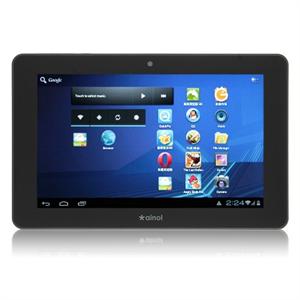 Display: The Onda Vi40 Elite model of the Tablet PC possesses a 9.7-inch, capacitive multi-touch IPS display with a resolution of 1024 x 768 pixels.
Operating System and processor of Onda VI40 Elite : It runs over the latest version of Android OS, the Android Ice Cream Sandwich. It gives a great deal of Tablet experience on joining hands with the ARM Cortex-A10 processor having a frequency of 1.5GHz
Camera Features : The Inbuilt Camera of the Onda VI40 Elite Tablet PC is noteworthy due to its 5 MP resolution rear facing camera. The product also owns another front facing camera for video calling and self photo flashing with a specification of 1.3 MP.
Other important features and overall review :
The Onda VI40 Elite supports a HD video playback of 2160p, thereby setting its mark in the Android World. Like all other Tablet PCs of the time it also enables both the 3G and the Wi Fi connection for better use of the network. The other special functions in the Onda VI40 Elite insist HDMI output, OTG Function and an E-book reader. Overall review of this device comes out to be positive and it is available at Tablet Warehouse USA with special offers and discounts. 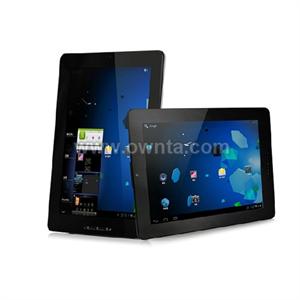 Processor and memory Specifications : One of the fine Processors with 1Ghz CPU frequency enclosing the Vivante GC860 GPU that is used for 2D/3D Gaming and quality video playback with a RAM of 512MB.

Battery and Camera options : The Ainol NOVO 7 Paladin blooms with highly efficient battery with 4000mAH capacity. The Camera option for the device turns out to be unavailable which makes it little incapable from the other Tablet PCs of its kind.

Other commendable features and reviews There is 8GB of internal memory with a trans flash support of micro SD card up to 32 GB. It supports an external 3G dongle which adds on to its network definition. The Ainol NOVO 7 Paladin has both positively stated as well as negatively stated reviews over Amazon at a price of $114.98. 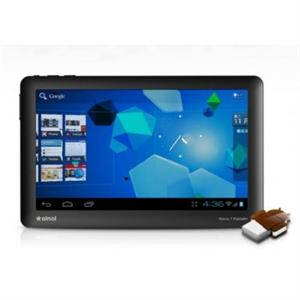 Display and processor options:The Display is one of the key features of this Tablet being five-point capacitive screen with multi-touch 1024 x 768p resolution, the processor is of 1GHz frequency and of the type Amlogic Cortex A9. The Tablet comes out with a RAM of 1GB and 8GB of storage ability which is expandable up to 32GB micro SD card.

Audio-video and Camera specifications : The Ramos Tablet aptly has stereo speakers with a headphone jack of 3.5mm and a quality 1080p HD video playback feature. There are dual Cameras with a 0.3MP front facing and 2MP rear facing camera.

Price and review : The Ramos 8-inch W13HD Tablet retails at about $249. It reviews to be one of the best buy options for the Android Ice Cream Sandwich Tablets. 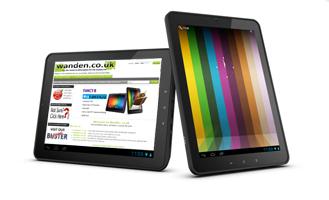 This Android Tablet can be referred as HK-10K as it has a long name but the features that it incorporates is just amazing.

Display and processor details : It devices a 10.1 inches, 1024 x 600p,five-point touch capacitive display with AML8726-M 1.2GHz Cortex A9 processor from Amlogic which aptly runs on the Android platform version 4.0(ICS).

Camera and other features : The HK-10K Android Tablet owns a 0.3 MP camera, Wi-Fi support of 802.11b/g, USB port, e-book reader which are the accessory elements of the Tablet.
Overall review and Price : This HK-10K Android ICS tablets sells at a price of about $204 and reviews to be one of the best acceptable Android Ice Cream Sandwich Tablets.