In the recently concluded Mobile World Congress 2012, giants of the mobile industry unveiled their latest and best models to the world and establish dominance in the Mobile world. Some of the Smartphone models which made an impact in the Mecca of Mobile phones were the Nokia 808 Pureview introduced as the 41 Megapixel Camera Smartphone and HTC's One X with a Quad-core processor.

The two phones are already in the wishlist of many cellphone enthusiasts and it has turned out to be a hard task to choose which of the two Smartphone deserves to earn your hard earned money. Let us compare the two phones to know which one would suit you according to your needs. 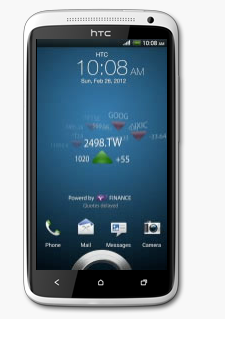 The HTC One X comes with the much improved Android v 4.0 Ice Cream Sandwich with the HTC Sense 4 user interface. The Nokia 808 Pureview on the other hand comes with the Symbian Belle operating system.

Both the phones feature multi-touch capacitive and scratch resistant Gorilla glass screens. The Nokia 808 Pureview has an AMOLED screen size of 4.0" and resolution 360 x 640 pixels. The HTC on the other hand has a larger 4.7" display screen with a higher resolution of 720x 1280 pixels.
Clearly the HTC One X is the winner here with a much larger screen and resolution.

The HTC One X has an 8 Megapixel camera with LED flash. It can record HD videos at 1920 x 1080 pixels and a secondary video camera of 1.3 Mp. The Nokia 808 Pureview on the other hand is a class in itself with a 41 Mp sensor camera (Effective 38 Mp in 4:3 and 34Mp in 16:9). It comes with a Xenon flash for low ligcht photography and supports HD video recording at 1920 x 1080 pixels. It has a 1/1.2" sensor which is bigger than any other smartphone or even high end point and click cameras. 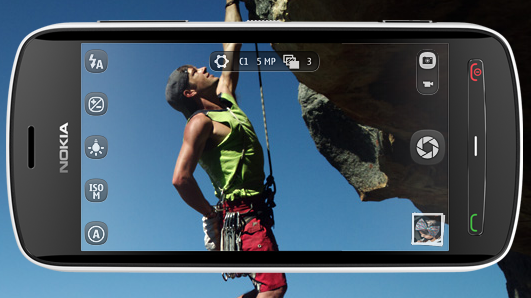 Clearly Nokia 808 Pureview is the first choice if you want to use your smartphone for some serious photography.

Memory and design of HTC One X and Nokia 808 Pureview

The HTC one X comes with 1024 MB RAM and 32 GB inbuilt memory. It however lacks an external memory card slot. Nokia 808 pureview on the other hand has 512 MB RAM and 1024 MB ROM and an inbuilt memory space of 16 GB. It supports microSD cards upto 32 GB.

Things are pretty much same here, however if you store all your documents and multimedia files in your phone, then the Nokia 808 Pureview with external memory card support is the better choice.

The HTC One X comes with a large 1800 mAh Li polymer battery. The Nokia 808 Pureview on the other hand comes with a 1400 mAh Li-ion battery. As the HTC One X has a larger screen, the battery consumption is higher and hence the 1800 mAh battery does justice to the phone. Nokia 808 on the other hand has a smaller screen and Symbian belle operating system which is comparatively energy efficient compared to Android. Hence both the Smartphones will perform almost the same; however the Nokia 808 Pureview comes with Xenon flash which really drains out battery and so the 1400 mAh battery may not be sufficient.

Both the phones are expected to hit the market in 2012 Q2 and at a price of approximately $666. Hence the Smartphone to get totally depends on your choice of features and price has nothing there to do much.