Since the new iPad has been launched, people are debating over its features. No doubt it has a great looking screen and a faster processor; but it was not upto the expectations of people who imagined great new features like infrared keyboard or gesture control. The new iPad is rather a step forward in terms of iPad development than a giant leap. Nevertheless the iPad has managed to grab some eyeballs with the 2048 x 1536 resolution screen which is believed to be better than any other screen including your HD Television. The Samsung Galaxy note 10.1 on the other hand tempts the potential digital painters with the S Pen which can be used for some serious sketching and painting on the new Samsung galaxy note. Let us now compare the two tablets to check which of them will better suit you. 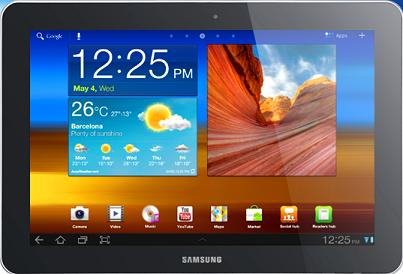 There is a tough battle going on between operating systems and it has become hard to decide which operating system to go with. On one side is Apple's iOS which is fluid and elegant and on the other hand is the Android operating system with its open Android market hosting whole lot of FREE and Paid applications. 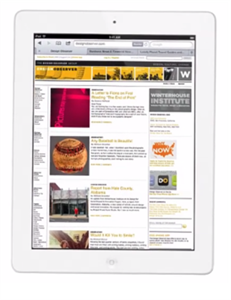 Both the Apple iPad as well as the Samsung Galaxy tab 10.1 come with GPRS, EDGE and 3G support. The new iPad on the other hand supports 4G LTE which can provide you with blazing internet speeds upto 73Mbs.

Both the tablets support Wi-Fi and Bluetooth with A2DP. Although the Samsung Galaxy tab 10.1 has the older Bluetooth v3.0 as compared to Apple iPad with Bluetooth v4.0.

The Galaxy tab 10.1 has a large 10.1" PLS TFT screen with a resolution of 1280 x 800 pixels. The Apple iPad on the other hand comes with a 9.7" LED backlit TFT screen; however it boasts of a resolution of 2048 x 1536 pixels which is way higher compared to the galaxy tab. Both the tabs have 16 million colors with capacitive touch screen with multi touch.

The Apple packs a 5MP camera similar to the iPhone 4S with image stabilization and Infra-red protection. It can shoot HD videos at a resolution of 2592 x 1944 pixels. The Samsung Galaxy Tab on the other hand comes with a paltry 3.15 MP camera. It however can shoot HD videos at 2048x1536 pixels at 30 fps and has a better 2MP secondary camera as compared to the iPad with a VGA camera.

Body and other features of New iPad and Samsung Galaxy Tab.

The Samsung Galaxy tab, although has a bigger screen is comparatively smaller and lighter than the iPad. The iPad may be heavier than its Samsung counterpart as it houses a 43Wh battery which will provide you with straight 10 hours of internet browsing or viewing video. The Samsung on the other hand comes with a paltry 7000mAh battery.

The Samsung Galaxy tab 10.1 comes with the P pen which has pressure sensitive Wacom stylus support and hence can be a great tool for graphic design or digital painting.

There is still no information on the price of the Samsung Galaxy tab 10.1 but is expected to be around $399. The new iPad is priced at $499 for the basic 16 GB Wi-Fi model.