The whole world is running behind the cheapest tabletsin the market which are being released to attract students and young professionals. But later people found it was not worth for the money they pay. Cheap tablets come with low quality and poor performance in functionality which is mere waste. Yes, mainly in India, we had the Aakash tablet which was likely to have more fans and buyers where the pre-booking went more than seven digit figures. Aakash tablet was the low end tablet which was affordable by a common Indian. But later people came to know that it was not so good in performance and also all these low-cost tablet will not be having any advanced features. In simple words, if you want a tablet of good with advanced features, then spend some money which is worth for it. You cant expect a BMW car to be given at a prize of TATA NANO. Each has their standards for the money they worth. So pay the money which is worth for it. But I can understand that all can't afford to buy a BMW. So what we can do? It depends upon either to go for a Maruthi 800 which is less priced and also good in all things while you decide to buy a car.

Similarly on talking about tablets, if you want to buy a tablet to perform like an iPad, then buy an iPad. Don't ever think of buying the Aakash tablet or any other which is very cheap and want them to perform like an Apple iPad. Well, we all can't afford to buy an iPad. But please at least think over if you have planned to buy a tablet then keep your mind of spending at least some 10,000 Rs which will be worth for what you pay. There are many tablets in the market which are rolling out which are mostly supported with Android OS from Google and yes it can surely satisfy your needs with its features and performance. These tablets are affordable and mainly they would be worth for your money which you pay. Here are the top 5 tablets which are less than Rs. 10,000 and suitable for you which satisfies your needs. 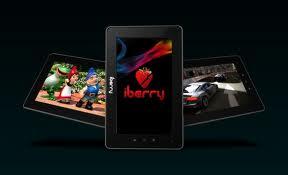 The No.1 tablet which leads all the other tablets in the list of top 5 tablets is iBerry BT07i Tablets. If you have decided to own a tablet, then go for it as it cost you only around 8,000 Rs. This tablet is much enough to satisfy your needs in its functions and features. The device has a good computing performance and also best in its entertainment features and more by putting aside the negative words which comes with the cheapest and low-end tablets in the market. The iBerry BT07i tablet comes with an average size of 7-inch embedding with a responsive capacitive touchscreen and supporting videos of 1080p. The quality of display is less when compared to other tablets and also there is no rear camera in this iBerry BT07i. It is build of 1GHz ARM Cortex-A8 processor with 4G internal memory that can be expandable up to 32GB. This iBerry BT07i gives you the taste of Android 2.3 Gingerbread operating System. It has a good and stylish looking on outside. 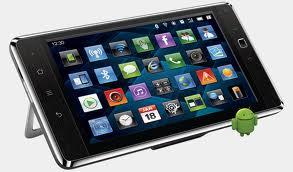 The Beetel Magiq Tablet is the next tablet which comes up in this line. This is a tablet which is manufactured by the landline phone makers. This Beetel company has launched this tablet by name Huawei Ideos 7 in the Indian market but later they re-named it as Beetel Magiq. The Magiq Tablet is priced at Rs.10,000 exactly. The functionality and performance is good and does not appear too sluggish like other low-end tablets. This tablet is a multi-tasking tablet and also not a slow device at its functionality where it can handle 720p of videos. This Tablet has a decent feature sheet and it is not bad enough to buy it when compared to other low cost and low end tablets. This Beetel Magiq gives support to 3G. Simply I would say this would be an another option for you for buying a tablet under Rs.10,000 which is affordable and reliable. 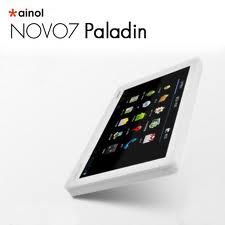 The eBay India has a good selling graph for this Ainol 7 Paladin which cost only Rs.7,990. This Ainol Novo 7 runs on Android 4.0 Ice Cream Sandwich operating system with capacitive 7-inch touchscreen. Also this Tablet is powered by a 1.2GHz XBurst chip along with the latest Android OS. This Ainol Novo 7 Paladin support both 3G and Wi-Fi and on talking about memory, this tablet has 8GB of internal memory which can be expanded up to another 8GB with an external memory slot. This Tablet claims to have good performance and also longer battery life to give you a complete entertainment package as it is pre-loaded with lots of games. 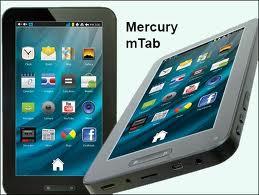 The Mercury mTAB is the another tablet which adds up to this list of tablets which are less than Rs. 10,000. This Mercury mTAB runs on the Android 2.3 Gingerbread operating system and powered by 1.2GHz Cortex-A8 chip processor. This tablet is slim and comfortable-to-hold. This tablet is embedded with a 7-inch capacitive touchscreen. The Mercury mTab supports MP4 videos of 1080p where the vidoes can be played smoothly without any buffer and stutter or lagging behind it. So finally it is a low-end tablet which is good in performance and features which makes to empty your pockets for Rs. 9,499. 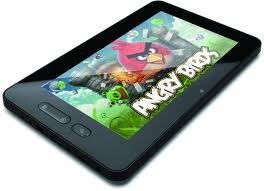 The Veedee D10 tablet is build of advanced specifications at a price of Rs.7,990. This tablet is running with Android 2.3 Gingerbread operating system equipped with 1.5GHz of ARM Cortex-A10 processor added with a 512 MB DDR3 RAM. It gives full support for SuperHD video playback. Also the Veedee D10 Tablets has both the Wi-Fi and 3G through external connectivity option. For memory, the tablet is built with 4GB internal memory and a external memory which can be extended up to 32GB. The features and specifications of this tablet is amazing and when compared with other devices the price of this device is more lucrative. This tablet comes with one-year warranty which makes itself a better option to buy.

Well, these are the tablets, the best tablets which are best when you look for less than Rs. 10,000. Also added to this some other low-end and cheap tablets that we can consider are consider the new BSNL Pantel, the DataWind Ubislate 7+ and also the latest tablet called the Creative Zii07. So when make your mind to buy a tablet, it is better to go for spending some money and buying the cheap and the best of it.

ASUS released its most awaited tablet PC / net book 'Eee Pad Transformer Prime' in India for the cost of Rs 49,999. The special features of the devices are Android 3.2 Honeycomb OS that can be expanded up to Android 4.0 and its ability to be used as both tablet PC and the thinnest net book with the addition of QWERTY keyboard to the Eee Pad transformer prime tablet.