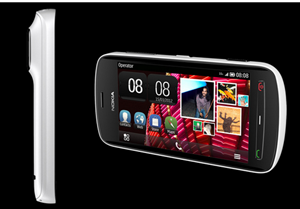 Obviously unbelievable but you read it right. Yes, its 41 Mega Pixel. And if you think it is just one off such, no it is not the case. As according to Nokia, it plans to introduce the same technologies into other handsets in the future too. The 41-megapixel sensor does not mean shooting pictures for the sizes of billboards. Instead, it's about creating pictures at normal, manageable sizes.
It lets users shoot photos at different resolutions. Technically we can say the sensor is able to capture 2 megapixels, 3 megapixels, 5 megapixels, high resolution 8 megapixels or full resolution. The maximum resolution you can shoot at is 38 megapixels in 4:3 aspect ratio and 34 megapixels in 16:9 mode.

The large sensor of Nokia 808 enables pixel oversampling, which is the combination of many pixels into one perfect pixel. In other words, the camera can use oversampling to combine up to seven pixels into one "pure" pixel, thereby eliminating the visual noise.
The phone comes equipped with a 1/1.2" sensor, which are approximately 2.5 times larger than the sensor used in the Nokia N8.

Besides, the camera performance it also extends to video. Video recording goes as high as Full HD 1080p at 30 fps and there's also 720p@30fps. Video is encoded in H264 and supports stereo sound recording. The large image sensor allows 4x zoom in 1080p and 6x in 720p. Thanks to the big sensor and powerful image processing which is said to be handling over 1 billion pixels per second, as claimed by the company. 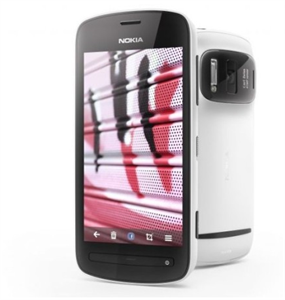