Well currently we are hearing of tablets and iPads and the competitor that of Apple that we hear is Android!!! Now what is Android? Well android is Linux based operating software which was specially designed for mobile phones and tablets. Its popularity is based on the fact that it was bought by Google itself creating a platform which spread its demand worldwide. The applications are so structured so as to specially cater to mobile handsets. Android with its eye catching green robot symbol has carved a niche for itself in a very short span of time. Born in the year 1995 it has transverse a path full of glamour and popularity. 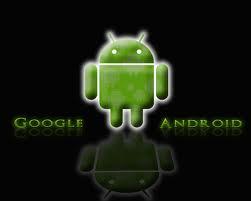 Android started the concept of Open Source Applications. Basically Android was built to feature applications so as to provide tools for every genre of person to deal with and find its path. It incorporates myriad features. Now let's say for gamers –they can chose from amateurs to well versed it has millions of apps catering to every individuals demand –guess this was the strategy used by Android to set itself apart from other Operating Systems.

The Open Source was a feature which gave a platform to its users to try and implement features. Its compatibility with the mobile applications was yet another reason of its success. Mobile is the bread and butter of every individual and life is but nothing without Internet. In such a world where the two are interdependent and of such prime importance what best could be than Android providing a platform for the mobile users solving their problems. This interface not just provides a link but comes in handy with the different tools –lets jus say are the resources which need to be properly and meticulously used for beneficiary results.

Android has also launched the tablets called the Android tablets as it is the interface which helps to navigate the browser. Now the Android tablets have a cut throat competition with Apples iPad. Although Apple is a brand name and speaks of Standard, Android has started spreading its web in the world. It launched a slimmer tablet in comparison with the latest iPad 3. Further, it has a lot many more features in terms of both hardware and software features as compared to iPad. The fact that it is able to divert the crowd towards itself is because it provides more features at cheaper rates when compared to Apple. What better choice can the end Users have than to get features at par with Apples but at rates lower than its'. Androids ids the latest operating software to usher and mark a place for itself for the emerging markets of the present scenario.

Mobile Apps are innumerous. It revolutionized the Mobile technology by providing basic handy tools which could make any lay man masters in the field of Interest. The Open source was launched keeping in mind that it will give a chance to the users to modify the contents by providing them with guides. This source could be shared by one and all thanks to the advent of Social Networking. The web users found this app trendy and rightfully innovative. Web design requires a lot of knowledge about tags and many more. Its application requires the right amalgamation of concentration and hard work. But thanks to the invention of Android this has become easier. It comes along with readymade tags which just need to be set up in the apt places to make sense. This has given it an edge and redefined technology.

Google, the biggest social network, the fastest and biggest search engine, greatest provider of space, builder of Wikipedia and now giving a stand to Android. What we see here is a milestone in the technological advancement which will show the world the miracles technology can do to this world.