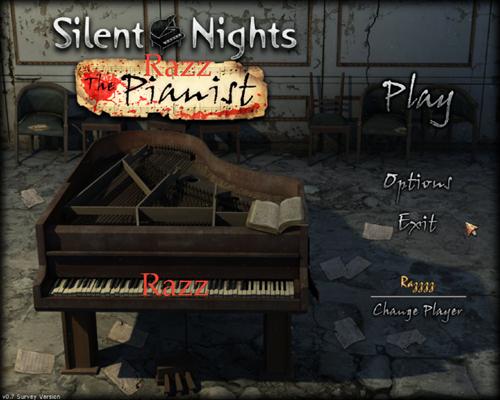 Detailed review of the game Silent Nights: The Pianist

Why are the action games always the same? Having the same main characters where the hero is a cop, detective, super hero or reporter, which for most parts for the game limits what we can do with the character. For once I thought that it was something different in Silent Nights: The Pianist where I can expect the character to have certain other freedoms. Sadly, after a while, these expectations went awry as the creative follow-through stopped in between.

After my expectations went down I thought of giving it a much more low rating but on giving it a second thought I controlled my impulse and decided that it still deserved some decent ratings. The reason for this is that though I had hoped for an innovative game and it proved not that different but still, the game is nice and interesting experience. 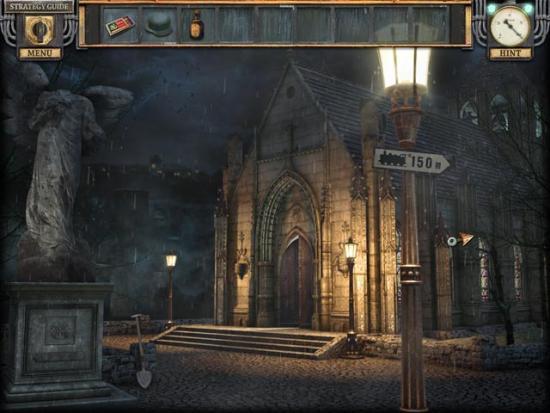 In the game you are a titular pianist in France in the year of 1946. You are going to a small village to meet your sister Yvette who is a talented singer and you two are set to perform a concert. However, on arriving at the Uncle Albert's inn in the village you learn that you sister has been abducted by a hooded figure. This is where all the hopes for a different experience go out of the window as you set out on the familiar theme of finding your sister by the hidden object game.

After this point in the story the musician in you never shows up in the game and all you now do is become an investigator and try to find your sister by investigating and searching for different leads. Going a little away from the set design, Dark Blue Games seems to have done little creativity by placing the inventory bar as well as the hint bar on top of the screen rather than at the bottom. However, if you are used to play hidden object games like me then you will find this arrangement inconvenient rather than creative.

These small disappointments and problems aside, The Pianist goes on like the familiar mystery games full of suspense, surprises, sinister conspiracies and emotional confrontations. The graphics are set in a dark interesting background but the best feature is the puzzles. Dark Blue has used objects like swing meters and music to create new puzzle designs and these mini games break through the traditional thought that this genre has reached a saturated level of creativity. These new puzzle designs clearly demonstrate that it is always possible to do something new after all. Moreover, the best part in this game is the ending. Unlike the other hidden object games where the ending is actually quite predictable and easy to clear, the ending of Silent Nights: The Pianist succeeds in creating some tension by its dynamic ending.

Once the main game of Silent Nights: The Pianist is complete, there is a bonus chapter in the Collector's Edition. Though the mini game is fun but it is still another ill-executed idea. The story line of the bonus chapter is same to the main story but from the perspective of Yvette. The items and the locations used are the same which fails to invoke any interest in the bonus game. Not only this, but the Collector's Edition game is extremely short. The bonus game has a strategy guide but the other extras in the Collector's Edition are disappointingly useless. All you have are a few music clips, few boring wallpapers and some concert art which looked traced over some 3-dimensional models.

Silent Nights: The Pianist has good graphics and nice unusual puzzles which make it worth playing. However, the game fails to deliver on its starting which introduces it as an innovative game but ends up falling in the same line of tried and tested mystery puzzle games. Also, the mini game should have been a real bonus as it is a Collector's Edition but sadly the bonus content is too short and repetitive to justify the extra price for the Collector's Edition tag.