Sony has released another LTE smartphone of the NXT series, called Sony Xperia P. Sony Xperia P has made a superb design statement in the MWC at Barcelona by making the most attractive and correct use of its lights.

If you are just bored of seeing the same old grey coloured silhouette as most of the handsets have, it's time to think of this newly launched Sony Xperia P. 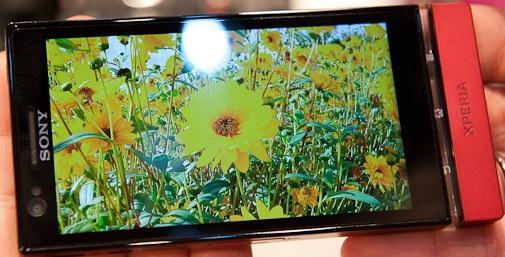 Sony Xperia P has a transparent plastic strip between the microphone band and the display screen. There are 3 LEDs in the strip which lights it up in different colours to give Xperia P a vibrant look. It has a full aluminium unibody that gives a unique modern and durable look. This is not all. The best part is the 'White Magic' technology used in this model of Sony's NXT series. This makes the display of the handset two times brighter in the outdoor mode which provides you an 'Ultra Bright viewing experience' and at the same time is two times power efficient indoor.

The hands on reviews for Sony Xperia P says that Xperia P is an excellent model to be possessed by a stylish personality. Major attractions of the handset are:

Elegant looks of Sony Xperia P
It has an elegant full aluminium body which is very precisely crafted to give it an elegant and durable look. It is sleek and sexy. For all those of you who are found of making style statements in public Sony Xperia P can be the best choice.

White Magic of Sony Xperia P
The 4" scratch resistant display is not only powered by Mobile Bravia engine but also with the White Magic technology of Sony. This is the most highlighted feature of the new Sony Xperia P. Technically it is a technique where an extra pixel for white colour (RGBW) has been added to the usual RGB LCD display screen. This makes the whites even whiter. In simple words it increases the brightness of the display to two times in the outdoor mode (outside in sunlight) which makes the display really clear in the bright sunlight too.

Along with being brighter outside, Sony Xperia P is power efficient too inside. This is because the White Magic technology auto adjusts the brightness of the display screen to the lights available in the surroundings. If the light is brighter is brightens up the display and if the light is less (indoor), it reduces the power consumption.

Capture pictures in brilliant HD
With the 8 MP superfast camera, you can now take brilliant high definition super clear photos at an amazing speed of just 1 sec between snaps. You can click wonderful pictures by this excellent handset even in low lights because of the Exmor R which you can share on your TV, tablet or laptop at just a single swipe. Sony Xperia P also has a unique app 'Panorama' which is used for taking 3D photographs.

Sony has announced the launch of Xperia P in compatibility with AT & T in Mobile World Congress held in Barcelona and the models are expected to be launched in the market in the second quarter of 2012.