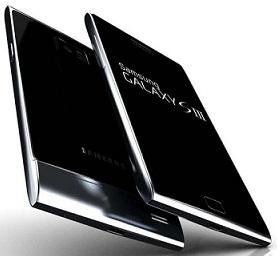 It has been in talks that Samsung getting ready to get rid of its Qualcomm Snapdragon and looking for a better alternative. Last Year, Exynos popped code revisions on kernel.org and revealed 32nm chip that offers ARM A9 cores, LTE and WCDMA radios integrated in SOC. It seems that Exynos look secure for Samsung flagship but still picture is not clear to much extent. We have to wait till we get any confirmation from Samsung. I have been talking this on the basis of information available on the Facebook Samsung Galaxy group.

According to available information, the Galaxy s3 will support HD 4.6 inch super AMOLED plus display, Main memory (RAM) support of 2GB, A high rear resolution oriented camera of 12 megapixels that produce high quality photos and 2 mega pixel front camera for video calling. Moreover, it is expected that Samsung priority is to use Android Ice Cream Sandwich operating system version (Android 4.0), 4G LTE network for internet connectivity, 1.5 GHz quad-core Samsung Exynos processor and internal storage is not leaked yet, Earlier, it was expected that Samsung unveiled Galaxy S3 to Barcelona but that rumor prove to be incorrect. We are hoping that Samsung Galaxy S3 will be released soon because many customers are standing in lines to receive Samsung Galaxy S3 smart phone.

Samsung Galaxy S3 will expected to equipped with supplied multimedia features that includes 4.8 inch screen size representing 1920x 1080 super AMOLED display for videos, images and other content. It is rumored to include wireless charging as leaked from sources of Korean publication DDaily. It is inbuilt inductive charger that charges your phone wirelessly.

Apple iPhone 4S is not getting that much popularity which was expected. On the other hand, Samsung Galaxy S3 is gaining popularity; it is because of its predecessor version which is probably the most popular model on the planet. Successor of Samsung Galaxy S2 already gathered millions of users and forcing experts to make discussion on it.

It was also known that Samsung Galaxy S3 will include flexible technology which allows customers to roll the smart phone and easily fit it into their pockets. Many websites are showing Samsung Galaxy S3 model but it is not yet confirmed whether it is sneak peek of actual device or just someone's dream version.