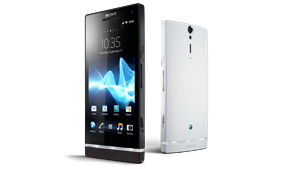 Sony Mobile Communications is all set to expand their presence in global market with the launching of Xperia S, 20th in row from the Xperia family. Staring from Xperia X1 released in 2008, the line of smart phones under the Xperia series continues with Xperia Ion, Xperia U, Xperia P and Xperia Sola. Derived from the word 'experience' smartphones under the tag Xperia had been selling like hot cakes around the globe.

Xperia S will be the first smartphones from the new Xperia NXT series (next generation) from Sony. Already the new Xperia S Android smartphone is creating waves with its stunning features. As Xperia S is enabled with NFC (near field communication) users can share content with each other and also enjoy other NFC applications and services. Consumers can connect the Xperia S smart phone with TV, laptop or tablet and can enjoy movies, videos and other contents with ease. 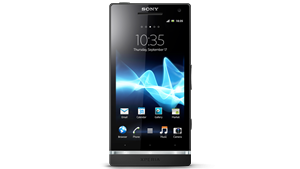 The Sony Xperia S is an attractive device powered by a 1.5GHz dual-core Qualcomm chip which gives double speed while browsing web pages. The Xperia S which runs of Android OS v2.3 Gingerbread (planned upgrade to v4.0 Ice Cream Sandwhich from April 2012) is a 4.3 inch device with a LED-backlit LCD display which is really gorgeous.

The most exciting point with the Xperia S is the 12.1 megapixel camera having 16x digital zoom, facial recognition and auto focus. Several shooting modes including 3D and panoramic view can zoom into extra ordinary images. The camera takes only 1.5 seconds from stand by mode to capture shots. HD 1080p video recording can be done using front and back cameras. You can also watch Adobe flash movies with Xperia S.

As this device is aimed mainly at mobile gaming and movie viewing, the young generation will surely go for it. Among the 32GB in-built flash memory, 25.8GB space is available for storage while the rest is taken for pre-installed items like images, videos, and apps. For those who run short of in-built memory, Sony offers 50GB of free cloud-based storage for the Xperia users which can be accessed through the Box app available in the Android market. 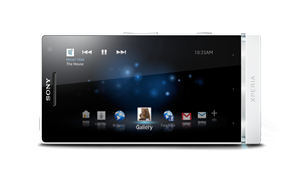 Sony Xperia users can have unlimited entertainment with videos and music by downloading latest hollywood movies and have access to millions of songs by paying a monthly fees after using it free for the first 30 days. As the Xperia S comes with PlayStation certification users can have access to hundreds of games too.

Even though, the phone comes with the earlier version of Android i.e Gingerbread, it will be upgraded to Android 4.0 version Ice Cream Sandwich from April 2012. As the Xperia S is an Android phone it comes with lot of pre-loaded apps which includes Google apps like Gmail, Gtalk, Timescape, Twitter, Facebook, World Clock, OfficeSuite McAfee mobile security, NeoReader barcode scanner etc. You can also have access to the new Google Play store to download apps, books and movies.

For connectivity Xepria S offers Wi-Fi, Bluetooth and USB tethering. As Xperia S supports NFC (near field communication) users can tap a tag for information or share content with others.

Even though the battery life of Xperia S is said to be having eight hours of talk time and standby time of about 420 hours, some user reviews reports that the phone works for only 10 hours on a single charge. So, even the phone boost of having an overall good performance, the battery life is said to be poor while comparing it with other devices of the same genre.

The Sony Ericsson Xperia S unveiled at the Consumer Electronics Show 2012 will be available in UK, USA, India, China, Australia, Asia-Pacific, Europe, North and South America. Cove, an online store seller has given a price tag to Xperia S as £389.99. It is estimated that as the Xperia S reach India it would be sold at an approximate price of Rs. 34,000.