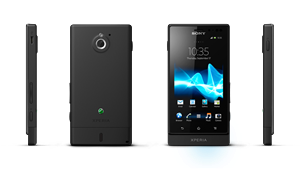 Sony Mobile Communications is all set to expand their presence in global market by unveiling the Xperia Sola. After Sony announcing Xperia P and Sony Xperia U, next in the line of Xperia smartphones stands 'Sola' an android Smartphones powered by a 1GHz dual core processor.

The ultra powered dual core processor is suitable for super fast browsing. The Sony Xperia Sola will debut Sony's innovative floating touch navigation technology by which users can navigate the web by hovering the finger over the screen which exactly acts like a moving cursor. This will give the users an easy web browsing experience. With this special technology, with a simple tap the desired link loads the page.

The Xperia SmartTags will allow consumers to change the settings and Applications of their smartphone with a simple touch enabling it to fit according to their lifestyle. Through the Xperia SmartTags apps loading and content sharing online has become much easier.

The Sony Xperia sola will be available in black, white and red colours and reach the customers globally in the second quarter of 2012. The Xperia Sola which runs on Android 2.3 Operating System boasts of having a 3.7 inch reality display and a camera of 5 megapixels. It can get an upgrade to Android v 4.0 Ice Cream Sandwich OS. The camera takes a little over a second from sleep mode to snap with a single key press. Xperia sola comes along with two NFC Xperia SmartTags which can be personalized with up to 10 commands.

The Xperia sola supports NFC pairing which allows consumers to connect with other NFC smartphones, applications and services by tapping smartphones together. 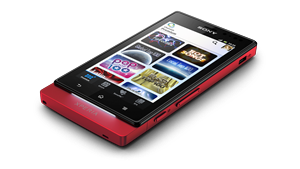 Another feature of Xperia sola is the xLOUD and 3D surround sound audio technology for crisp and loud listening. The 3.7" reality display powered by Mobile BRAVIA® Engine will give razor sharp clarity. Through the direct access to Sony Entertainment Network users can watch pre installed Hollywood movies or listen to millions of songs through Music Unlimited.

Some other features of Sony Xperia Sola are 3D Sweep Panorama, TrackID music recognition, FM Radio with RDS and Motion gaming. The Xperia Solo comes along with some pre loaded applications like Google Voice Search, Google Talk with video chat etc. The phone will have an internal memory of 8 GB but the user accessible memory is only 5 GB. The memory can be expanded up to 32 GB with a microSD card.

Even though Sony has not revealed the price of Xperia Sola, it will be available in Asia-Pacific, India, China, Australia, Europe, North and South America during the second quarters of 2012.

How is the battery life of Sony Xperia Sola? I heard the battery doesn't last long in this phone. Is it a removable battery? Can we upgrade the battery later?