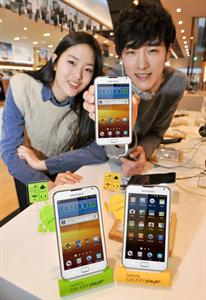 Samsung, the leading manufacturer of electronic products has launched the new ' Galaxy Player 70 Plus' Portable Media player (PMP), an improved version of the ‘Galaxy player 70' which was launched in March 2011. The enhanced version of ‘Galaxy player 70', the Galaxy player 70 plus is a 6 inch full touch screen device supported by a 1 GHz dual core processor. This would be the first dual-core portable media player. After the launch of Galaxy S WiFi 4.2, the Galaxy Player 70 Plus is seen as Samsung's latest entry to compete with other media players. 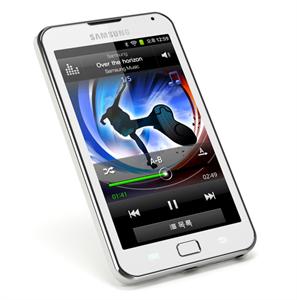 The Samsung Galaxy S Wi-Fi 4.2 unvield at the MWC 2012 is also a Portable Media player (PMP) which comes along with 512MB RAM and 8GB of internal memory. Powered by 1Ghz processor, the Galaxy S WiFi 4.2 runs on Android OS v2.3 Gingerbread. Though Android latest OS is Android Ice Cream Sandwich.

The Galaxy Player is pitted against the iPod Touch. Any way due to lack of marketing, the previous PMP's from Samsung didn't make way into the hearts of the customers. But with the Samsung Galaxy Player 70 Plus the company is trying to make a stage for portable media players.

The article describes the Hardware, Software/Application,performance features and price of the Samsung's new Galaxy Player 3.6. The ability to be tethered to a phone with Bluetooth 3.0 to send and receive calls and the Android's GingerBread OS running makes the device special and different from other audio.multimedia players.