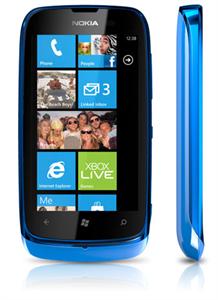 Nokia, the leading mobile phone manufacturer is ready to impress targeted smart phone enthusiasts who are looking forward for a device at affordable price. Next from the Lumia series, it will be Nokia Lumia 610 launched keeping an eye on youngsters. It is reported that the first two Lumia phones which run on Windows OS have crossed 10 lakhs sales after its launch. So the Lumia 610, a high ambitious product from Nokia is expected to reach the Indian shores with in two months. The Lumia 610 will run on Windows phone 7.5 also known as Mango. As projected, the sales of smart phones have tremendously grown up in the last few years and are expected to reach 100 crores in 2016. Meanwhile Nokia is looking to storm into US which is dominated by Apple.

Nokia Lumia 610, the cheapest Windows Phone has good hardware specifications compared to its competitors. Currently the Lumia 710 priced at Rs 15,500 is selling like hot cakes in the Indian market. 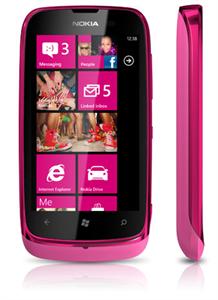 In this article we will see detailed review and specifications of new Nokia Lumia 610. Read more to fine the full features of this Windows based smartphone and know what are the pros and cons of this and also know the price and availability of this smartphone from Nokia