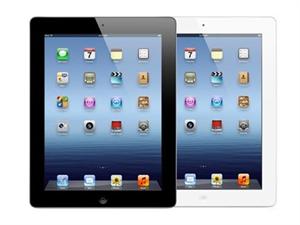 Apple's new iPad 3 with sharp and fast graphics features drawing huge attention of the traditional video game industry, as video game developers are visualizing games that have more in common with the visceral 3D shooter "Call of Duty" than Zynga's "CityVille." iPad has a faster quad core processor and gaming console which helps the gaming industry to develop and design games of high graphics and high computations.

The new Apple iPad 3, fine tuned and with sharper images

According to the reports near about 60 million iPads sold till today which includes 15.45 million last quarter, the iPad quickly garnering huge number of consoles in the market. The PS3 has sold around 65 million units while Xbox 360 has been reported to be sold near about 70 million units. This growing user base envisaging developers to build and design more and more new games as users want to see their games played on as many devices as possible.

Apple is building their devices such that they care a lot about 'triple-A' games. Apple taking huge interest and proper care to ensure the device portable to play any high definition, high quality and High graphics requiring video games. The iPad is also taking huge interest in 'triple A games' which require highest quality definition and best graphics to play. These games also cost millions of dollars to develop and till date not much of these games have been seen supporting on mobile devices.

Sony and Microsoft seems to come up with more powerful devices in future So, Apple too not letting any stone unturned and to get left behind. Noticeably the new iPad(iPad 3) has better screen resolution and more memory than Microsoft's Xbox and Sony's PlayStation.

The gamers if you notice, still prefer to play games on big screen, preferably their TVs with joysticks and other handheld controllers But the scene may change if a Bluetooth controller is developed for the iPads. As iPad will be supporting high definitions and also the gamers are able to play the games with quiet a distance from their screens. "It is quite easy to imagine a world where an iPad is more powerful than a home console, where it wirelessly talks to your TV and wirelessly talks to your controller and becomes your new console," said Capps the man almost always seen on the dais during any Apple's product launch.

Apple eyeing a huge success in the field of games with the iPad getting to the processing power that is equal to an Xbox 360 and it also lets connect to a television, enabling the users and gamers to play the game through their iPad and have it display through the television.

Games coming on the console of Apple

EA one of the biggest industries of gaming brought some games from its franchises to the iPad: like "Dead Space" and "Mass Effect". Apple trying the gamers believe that there is no more, only Nintendo, Sony and Microsoft to games but Apple too is equally and somehow better than their earlier experiences with play stations. Germany's Crytek, which had developed "Crysis 2", pairing up with iPad and has started developing consoles and PCs for its first game for the iPad which seems to be out in the coming spring. For now the games will be like puzzle based, the free-wheeling pyrotechnics, but the company aims to develop and bring some genre of hardcore games to the device in future.


The gaming industry has already started planning more hardware based games, Nintendo planing to release the "Wii U" which will be its first console with high-definition graphics. The Wii U is expected to launch later this year (2012).