Sometimes, after booting up your computer, you see the acreen with bold eyes. The screen shows 'Blue Screen of Death'. This could mean that may be your computer hard disk crash, virus attacks, memory failure. If you do not back up your all necessary data you could have been suffered a lot undoubtedly. 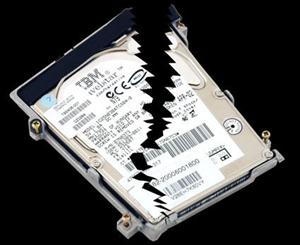 The main reason why our windows crashes is that for hardware conflict. Each and every hardware device communicates through an Interupt ReQuest (IRQ) number to get the attaintion of the processor. For example, a printer usually connects internally on IRQ 7, the keyboard uses IRQ 1 and the floppy disk drive uses IRQ 6. Each device wants to use a single IRQ number for itself.

If you don't install two or more devices properly, two of them might share the same IRQ number. When you try to use both of the devices at a same time, your computer can crash. If you want to check to see wheather your computer has a hardware conflict or not, then just go to Start-Control Pannel-System-Device Manager (see the following image). If a device a problem yellow '!' symbol is appeared next to the description in the device manager. Highlight 'computer' in the device manager and press properties to see the IRQ numbers used by your computer. If the IRQ numbers appear twice, two devices may use it at the same time.

Sometimes you may get a message on your computer display which shows 'Fatal Exeption Errors' that indicates a serious hardware problem. It may be forone part of your system damage and need to replace it. It may cause due to RAM problems. Fatal errors caused by RAM for mismatching of chips. For example, if you mix up 70ns RAM with 60ns RAM, then the RAM normally force the computer to run the entire RAM at a slower speed. The system will crash if the RAM is overworked. There is one way to avoid such system crash is to enter BIOS setting and increase the wait state of the RAM to make it more stable.

You should often defrag your hard disk drive in every week. Hard disk usually crashes if they are to much full and so need to free up space every month by deleting the contents of the Temporary Internet files folder on the C-drive. Also make empty the Recycle Bin and scan your hard disk drive for errors or bad sectors. Your computer system often might crash due to the printer. Printers usually have a small memory and printing a document uses a lot amount of CPU power, that might slow down your computer. If the printer is trying to print unusual characters it does not recognise properly , it may crash your computer system. In this case, you should unplug your printer for 10 seconds and boot up from a powerless state which restores the printer's default setting.

Anotherfactor behind your computer crashes is virus-attack. Some viruses erase the boot sector of a hard disk that makes you impossible to start up your computer. If you want to avoid such problem, you should create a Windows Start-Up disk and also need a strong, powerful antivirus software which must have good virus detection skills. Keep your computer from heating, dust etc. and your computer promisses you to run smoothly.

When I power on my laptop, I can hear my processor runs for some few seconds and then it goes off again without the screen coming on. What cold be the problem?

Sounds like a display problem. Can you try connecting your laptop with another monitor or a projector?