Viewsonic is introducing a new Windows tablet PC with the name "Viewsonic P100". The Viewsonic P100 Windows Tablet PC runs on Windows 7. The latest Windows OS (Windows 8) is yet to be released and we are expecting to see the Windows 8 beta release this week end. So it is too early to expect a Viewsonic Windows 8 tablet PC at this time. 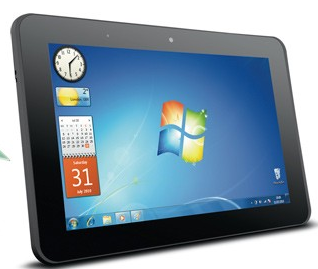 Image courtesy: Engadget
Take a look at the technical specification and price of the Viewsonic P100 Windows Tablet PC: