When there are high expectations, unclear information, and unrest among people, often rumor arises. Although the Ice Cream Sandwich is released and is now in the market, but recently it had been rumored that Google is going to launch its new Android Jelly Bean. The advent of Windows 8 and speeded up the decision of Google's. Google is inspired to make the date of release as soon as possible. It is considered that the Android would be updated but also with this, it is assumed that Android will never have Ice Cream. The release of the Sandwich by Motorola is far beyond hearing. The new Android Jelly Bean will be in the gadget market soon in 2012 as Q2. 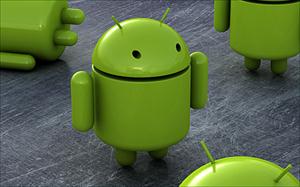 Chrome OS brought back in dual boot netbooks and tablets

The Google has planned to integrate chrome OS for the dual – boot netbooks and tablets. The Google Chrome had been badly limped on the netbooks; this resulted in the chrome books, to be sold at cheap rates. Google recently released Chrome for the Android; this clearly shows that Google has taken some serious steps to develop Chrome Operating system. It is expected that the new Android 5.0 jelly Bean will make Chrome work as a product and will be porting with Chrome OS in the mobile phones. The new Chrome will also sync with desktops, smartphones and tablets. Now with dual boot it will be possible to take more advantage of apps and games.

The Google will even chop off the hydra head of Android- fragmentation and eradicate the Android completely. There may be new Chrome marquee style in use. Google is in a constant process of integration of the Android and Windows 8 into Android 4.0 that is still holding a grip on the market. According to Google's own opinion, about one percent of the devices were functioning on ICS while most of them were still with the Android 2.3 x Gingerbread.

The dual booting machines will use the Windows 8 and Android 5 Jelly Bean by hotly swapping the two platforms. It is also reported that the new Android 5.0 Jelly Bean will be launching in two flavors: Microsoft and Google. There will be options for the dual boot systems for the consumers:

Windows will endow with the flexible feature of dual booting that will make it more portable and you will be able switching from tablet to smartphone, to a game console and returning back. Addition of the Google products will surely put fire in Microsoft's Windows. Letting high space for the Android development Google still is in the process of making it more sophisticated. The unsuccessful performance of the Ice Cream Sandwich has led many of the Google partners conservative. Although dual boot Windows 8 and Android Jelly Bean is, a tempting prospect and the tablet makers are also quite willing to adopt the upcoming Windows 8, and if there is no extra cost involved in it then most of the vendors will undoubtedly go with it.

According to the DigiTimes, "As ICS has already put down the Google's expectations, so Google is now planning to release Jelly Bean to notebooks, tablets and netbooks before the Windows 8 come to the market apparently to push the dual boot OS with Windows 8 alongside."

This will probably need a little convincing mode before the new dual boot systems having Android with Windows 8 will flood the market.

How to fix HAL_INITIALIZATION_FAILED error in Windows 8 installation?

In this post, you can find my Windows 8 32-bit and 63-bit installation experience and the problems I encountered during the installation including the HAL_INITIALIZATION__FAILED error. Both Windows Virtual PC and VMWare Player showed the same error for 32-bit installations, but the error messages were different for 64-bit Windows 8 installation.