About Jelly Bean OS from Google

After the continuous success on Google Android OS in the row, there were huge expectations from the End user that when Google will release latest operating system called Android Ice Cream Sandwich version 4.0. There were very less branded device found in the market with ICS OS and expert says that this OS is not up to the expectation what Google's OS fans assumed earlier, some says ICS OS is just for basic Tablet usage and not for business type usage. Once Android 2.3 OS Gingerbird was famous and there were huge demand for this OS.

News is that, Google will expand the features of ICS and will update the version of ICS to distribute among the branded Tablet PC manufacturer in 2012 – so far no news about ICE OS but very few low branded tablet manufacture using it, for example, iBerry's latest Tablet PCs (Auxus) AX02 to use Android ICS OS that will be launched in March 2012 and so on.

So, far we have not received any updates related to Google's ICS Operating System advanced version nor Google convey about it officially. However, we have got some news from the online sources that Google is planning to launch their next new operating system called Android Jelly Bean OS. Since Google is silent on Ice Cream Sandwich OS for tablets, and Tablet manufacturers are not used this OS as expected due to various circumstances. Thus, we can move little bit ahead to get the news on Jelly Bean OS from Google.

Currently, there are huge competitions around the Tablet PC market across globe that Microsoft is about to launch Windows 8 Operating System that can be suited to most of the Tablets and Slates system with touch integrated features. As such, Apple has introduced Apple's iOS advanced version and Mac OS combined for their own production. Kindle Fire has its own OS route, Noble Nook has different OS on their own, and other companies too about to launch their own OS to cover their Tablet PCs productions and the others tablet PC manufacturer to use it as well. Thus, it seems very tough for the OS to survive long like versions update on ICS OS and its users are seemingly very low and got very less review on it. 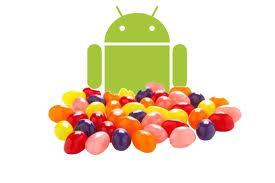 Google is planning to launch their new operating system called Jelly Bean, although Google has not officially informed about it but got some online news and other sources news on this subject. End user can be satisfied on the new Jelly Bean OS since it will be definitely has to have advanced specification compare to their own succeed previous versions of Google OS.

Jelly Bean OS from Google will be some outstanding configuration and specification, it could be beyond the current trends requirement. Jelly Bean OS can be used for the Tablet PCs device which has more than 1GB RAM, 2GHZ speed, 32/64 MB memory above device, advanced touch integrated, above 100,000 apps, friendly usage, Dual core, Dual camera and many more features filled in.

You can compare Google's various operating systems of tablet PCs with other Tablet PCs OS from this site.