After Windows store preview in San Francisco, Windows team has announced their plans about distributing Windows 8 apps based on Metro style via the new store. They have started a fascinating contest-'First Apps contest' through which the new developers can show their talent with the chances of winning exciting prices. Some of the rules and guidelines about the apps submission process to Windows app store are given below.

In order to submit your Windows 8 apps to windows app store, you need to unfold Windows- store developer account by a developer website and for this you are out of any compulsion of payment of fee; you have your own account and are responsible for all the activities taking place with your concerned store account.

You have to provide your whole effort for the design of app including marks (name, trademark, icon, logos, product, titles, screenshots and descriptions); these are used by the Microsoft for marketing and distribution purpose.

There is a contest announced on distributing metro-style windows 8 through Windows Store. The first Apps contest is already going on to provide opportunities to the new developers. There had been 3 million download of windows 8 developer- preview; with this opportunity, many fresh developers will get a chance to showcase their apps. 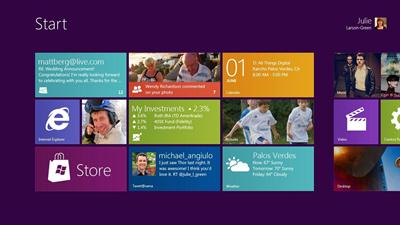 The participants are selected based on their application of metro-styleprinciples and provide most – value to end users. Top 8 apps have been selected in this process.

The 8 winners will show-case their apps and be a part of exclusive developers group, they will also be provided with goodies, to make their apps better, some of the winner developers will get-

The judges for this contest are-

The process is fairly new to me and not a comfortable one. It's not pleasant being at the whim of someone who is only there from 10 am to 8 pm weekdays. Thus, my app which I've worked on for months just sits there for days, losing more marketing potential.

In their defense, they did find a small bug but it was mostly by being somewhat sadistic in their testing. My app is a music player and when there are no songs present, it warns the person with a nice dialog box that is quite helpful as to how to correct the situation.

With zero songs loaded or available, the tester clicked the PLAY button and of course the app immediately crashed and was returned to me after I'd waited for 3 days for my tax profile to be approved.

Ugly, ugly process. I think Microsoft should have taken a different approach. Let the market be the judge just like it is in the real world. If you have to scan my app for profanity or nudity or potential viruses, for a day, fine, but why subject me to what can become a sit-on-it-and-wait for days scenario, repeatedly each time?