There are various branded Tablet PCs available in the market with advanced configuration and few of them described here. Toshiba recently launched Excite X10 tablets after its previous version of Thrive tablets in the market. Samsung Galaxy P750 Tablet too becomes well known in the market. However, there are other competitors for these tablet PCs too like Amazon Kindle Fire and Noble Nook tablet PCs; HTC Flyer was in the same race.

There are few branded Tablet PCs manufacturer like Acer, Asus, Dell, Fujitsu, Gateway, Hitachi, Lenovo Tablet PCs, MSI, Samsung, Sony, Toshiba and other non-branded companies too in the Tablet PCs race. These companies are seriously changing their track from Desktop and Laptop to some advanced product series like Tablets, Slates and other advanced future generation devices like touch integrated mostly.

Toshiba recently launched its tablet The Excite X10. If you see this tablet PC, you can probably tell anyone that this is one of the world's thinnest 10 inches tablet PC at present. In fact, it has just 0.3 inches thickness and weights around 1.2 lbs or less than 500gms. Toshiba Tablet PC has all the current features which supposed to be in the latest Tablet PCs. It has Touch integrated, advanced OS, Bluetooth, advanced processor and all other features. Only one drawback on this Tablet PCs is its cost which is little higher. 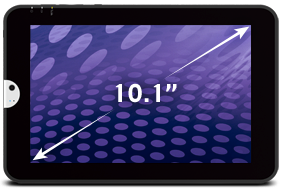 Since The Excite X10 tablet is the latest one, Toshiba is also wanted to provide the custom Android user interface rather than implementing its own customized user interface - it is like other Acer tablet PCs. They have come up with own media player features DLNA compatibility, File Manager in better way, Netflix and Quick Office for editing documents on the go on your tablet PC.


Tablet PCs wouldn't be able to differentiate Google's Android like the Noble's Nook Tablet and Kindle Fire had done the changes. Now there is some different expectation in the Tablet PCs market that Windows 8 OS can little change the track, after launching by this year end. If Microsoft would like to change the Tablet PCs track on their way, then Windows 8 Tablet PCs must offer consumers with exceptional features and more exclusive product experience than it would have supposed to be.

Windows 8 Operating System propose to be launched during mid-2012 or 3rd quarter of 2012. However, the main scope on this Windows 8 OS is that it will suit all systems like Desktop, Laptop, Tablets PCs, Slates and other relevant devices.