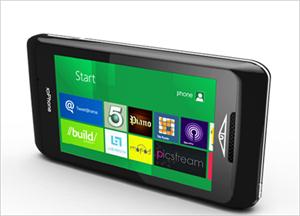 ITG manufactured xpPhone 2 is creating new revolution in smartphone market. Most of us are not familiar with ITG and their xpPhone. ITG xpPhone smartphone was launched last year in November. ITG failed to promote their xpPhone in the smartphone industry. But their second version xpPhone, xpPhone 2 will create new revolution in smartphone industry. What makes it so popular is the hardware configuration of this smartphone. ITG xpPhone 2 is now available in china powered by Windows 7 and is upgradable to Windows 8 after the official release by Microsoft

4.3-inch xpPhone 2 is the smallest notebook PC in the world. It features with 1.6GHz Intel Atom Z530 processor, 2GB of RAM, 112GB of SSD storage with a size of 140mm X 73mm X 17.5mm and is said to be compatible with both Windows 7 and Windows 8 PC version. While all are trying to run their smartphones on android platforms, ITG is trying to run a proper desktop OS on mobile phones. You may be wondering about the difference between Windows 8 PC version and Windows 8 Phone version. Windows PC version and phone version are completely two different OS incompatible with each other, but the same user interface. The main difference is that Windows 8 PC version can run almost all millions of computer softwares and applications while windows 8 phone version can run only tens of thousands software.

What makes xpPhone 2 exceptional from other smartphones is its configuration. This 4.3-inch xpPhone 2 is the smallest notebook PC in the world and s the world breakthrough mobile phone with the highest CPU frequency of 1.6 Ghz which can further extended to 2 Ghz. It has double RAM than the highest in the history of smartphone. It features 2GB Ram which is twice of Samsung, triple times of HTC, fourfold times of iPhone. The memory of xpPhone is another extraordinary feature. Its massive storage (112 GB) is twice of iphone and Nokia N9. The battery technology used in xpPhone enables it to use 18.5 hours continuous talk time while other top samrtphone manufactures guarantee only 7-8 hours continuous talktime. 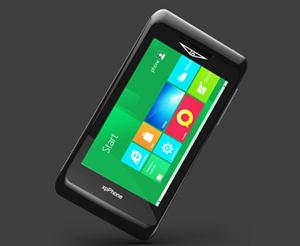 ITG also states that Apple Inc has succeeded very well with their ipods for music, ipads for games and iphones to make calls and MacBook to do work. But ITG claims the design concept of xpPhone is "3C into one" integration, with one terminal device to integrate four equipments of the Apple Inc. xpPhone 2 is now available in China. It is expected to release sooner in the remaining countries. We have to wait and see whether xppnone 2 can create a challenge to other majors in smartphone industry.