The windows 8 developer preview is the first official build of Microsoft's future coming operating system. Now it is being installed in various PCs. Microsoft actually released it for public to download. Customers prefer to install the original windows. Windows 8 was used in Apple MacBook Air and was runned on Boot Camp. Question was what would be the features that would handle the Windows 8 efficiently including all the features. The touch-centric features of the Metro UI could not be tested in Apple MacBook Air and; therefore, could not be evaluated. 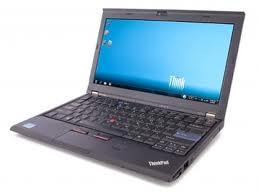 Now installing Windows 8 is easy and fast for any laptop compared to the earlier versions of the Windows like Windows 7. All you have to do for the installation process is:


ThinkPad X200 has digitized screen for touch and pen. Because there was no Wacom driver, the digital pen could not write on windows 8, while Metro UI gave appreciable response due to the presence of fast Core i5 processor. With the earlier versions of the touch multitasking, many of the application were hard to be operated. Now, you can remove one applet from the screen as the following tile lines up, this feature for handling multitask has made it in the list of Top gadgets.

Is it right installing windows 8 in Lenovo ThinkPad X220, what would be the consequences? 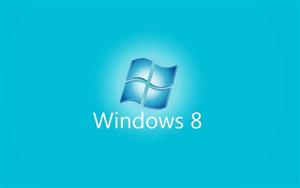 There has been a strong feeling for using Window 8 on ThinkPad, as the wide features of the Lenovo X220 notebooks makes you easy to use it, you might expect to install the latest windows 8.
After the installation of the Windows 8, there had been many unexpected errors like-


But other key features like keyboard, touchpad, USB port, and Wi-Fi were functioning properly. Also, other drives like thumb drives, hard drives, DVD burner, types of keyboards, all were working on the three USB ports.

How was the Performance?

Software like Cyber link's power DVD, Apple iTunes, Adobe Photoshop CS5, were working good even some of the games are also comfortable in the environment of this version of the windows.

There has been over all good rating, Lenovo X220 ThinkPad is much desired for its speed and powerful 2.3GHz Intel Core i5-2520M CPU with 4-GB memory. It has been in the top position in, Top gadgets review.

It was worth an adventure, to evaluate the Windows 8 preview on the much-advanced tablet such as Lenovo ThinkPad X220, which has both a keyboard and touchscreen. Although some of the drivers for Windows 8 were missing but still this tablet, took advantage of all the Windows 8 features.

Lenovo A2107 tablet has Android Ice Cream Sandwich OS. Let us take a quick look at the specifications of this tablet.

If you want to know all about the company Lenovo and its new product Lenovo IdeaTab A1000 tablet, then read this article. There is a comprehensive review of the features and specifications of Lenovo IdeaTab A1000 tablet which was announced in January 2013 and is likely to be released by the end of March or the first week of April 2013. Lenovo A1000 is likely to be a low priced entry level tablet from Lenovo which may be priced between Rs.8000 and Rs.9000.