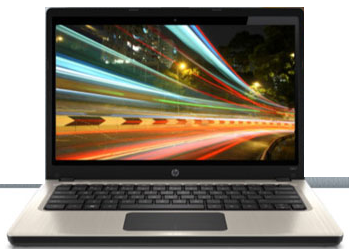 HP Folio 13 ultrabook is the latest ultrabook series from Hewlett Packard, the leader in desktop and laptop market. Unfortunately, Windows 8 is not released yet and HP Folio 13 is not a Windows 8 ultrabook. The current release of HP Folio 13 comes pre loaded with Windows 7 professional edition. If you are looking for a Windows 8 based laptop, netbook, ultrabook or a slate device, you will have to wait until Microsoft release Windows 8 to the public.

Microsoft is definitely working with laptop and tablet manufacturers to test the internal releases of Windows 8 on the latest hardware devices. Even though Windows 8 is backward compatible and would work on older PCs, the hardware manufacturers would make their own enhancements to support the new features in Windows 8. A typical example is the new touch features in the Windows 8. Microsoft has said time and again that Windows 8 is optimized for touch yet it will work perfectly for keyword and mouse based laptops and computers.

The HP Folio 13 Windows ultrabook does not come with a touch screen. So you cannot take advantage of any of the touch features in Windows 8. Instead, you can play with the metro UI, new start up screens and other additional enhancements in the Windows 8 operating system.

HP has not mentioned anything about the plans to release Windows 8 versions of this ultra thin ultrabook series. However, most Windows laptop and ultrabook manufacturers are expected to switch over to Windows 8 instead of Windows 7 as soon as a stable release of Windows 8 hit the market. Microsoft has not announced the official release date of Windows 8, but many analysts think Windows 8 will be available by end of 2012.