Windows 8 is the hot news ruling the internet now. All people are eager to know about features and release the Windows 8 from Microsoft. Moreover, apart from the windows 8 full version, there are many searching for Windows 8 Beta release, and also Windows 8 Developer Preview downloads. When Windows 8 Developer Edition was released it was recorded that within 24 hours, there were 500,000 times downloaded online. The Windows 8 developer preview which was recently released was said to be the best Windows operating system released by Microsoft till now. Also soon after that release, some Windows 8 features and news, rumors, related to Windows 8 came up. Also the most interesting part news is that, Windows 8 will take only 8 seconds boot time which is something unbelievable. 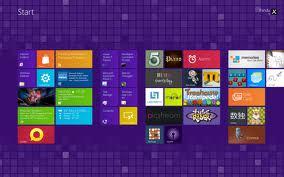 It was those long days where people would be longing to install Mac Theme packs in their Windows XP and Windows Vista systems. But now everything is changed, vise-versa where the iPad users are clamoring to try and install the Windows 8 Metro User Interface on their Apple iPad.

Well, this is an article which is for all Windows 8 Metro UI lovers and also those who want to install it and experience the stunning UI effect on their iPads.

How to Install Windows 8 Metro UI on Apple's iPad:

How to fix HAL_INITIALIZATION_FAILED error in Windows 8 installation?

In this post, you can find my Windows 8 32-bit and 63-bit installation experience and the problems I encountered during the installation including the HAL_INITIALIZATION__FAILED error. Both Windows Virtual PC and VMWare Player showed the same error for 32-bit installations, but the error messages were different for 64-bit Windows 8 installation.

This is not 'installed' in ANY sense. You are running what is known as a 'remote desktop'. In other words, for you to keep using the Windows UI you must have a Windows machine always running somewhere so that your iPad can connect and show you it's screen. So for you to simply have a windows UI on your iPAD you must always have 2 machines running!!

THIS IS NOT A WINDOWS INSTALLATION ON AN IPAD. I'm sorry, because I know that loads of people want anything as an OS as long as its not iOS7. You're out of luck, may I seriously suggest you go buy yourself a Surface 2 or an Acer S7 or even a HP Envy touchscreen. Accept that the iPAd is a TOY not a serious computing platform, give it to your children and return to a useful, productive machine again.