Apple iPod Touch 4th generation is the world's most popular portable media player which is powered by ios 5. iPod Touch 4th generation comes with 2 colors , Black and White. It also has Facetime, records HD video, video chats with Apple devices, plays music and games.Well, this is the best music player up to date. This 4th generation iPod Touch includes iCloud which lets you text messages, video chats, send files,music and images to other iCloud device. This is completely free and unlimited . This device is available in 3 variants and they are 8GB, 32Gb and 64GB. 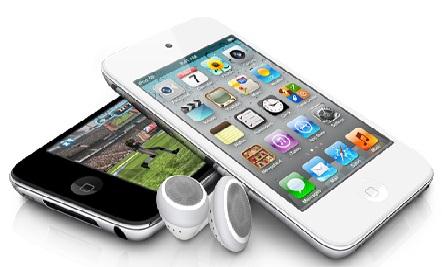 Apple iPod Touch 4G runs ios5 which is a desktop-class operating system which was reinvented for iPhone. ios 5 is the worlds most avanced operating system which includes iCloud, iMessage, reminders, notifications, Twitter integration , Game Centre , Safari and 100's of new features. This ios 5 has world's largest collection of apps where you can download them from App store to your iPod Touch 4G by just tapping. IOS 5 doesn't let your battery down or slow down the performance when multitasking. Both software and hardware works together so smoothly. This IOS helps in protecting data and sensitive information.Also, you can set a password to your iPod Touch to prevent from unauthorized access. Unfortunately if you lost your iPod Touch, you can find it on a map and delete all your files and data. Later, if you get it back, you can get all your deleted data from last backup. This shows how much priority Apple gives for Security. Amazing !!

Retina Display
Apple iPod Touch 4G has a great display and this is the best display ever by Apple. This Retina Display make text and graphics look sharp and smooth. iPod Touch 4G has 4 times better display than previous iPod's. This display includes ambient light sensor and LED backlighting which automatically adjusts viewing and brightness of screen for better view. 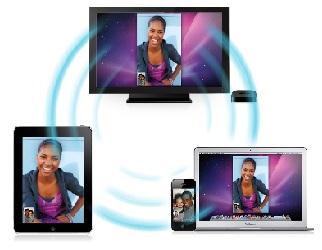 FaceTime is one of the most amazing feature Apple has launched. You can make unlimited video calls freely to your friend who has an iPad or iPhone or Mac or any other Apple Device with Wi-Fi. Talk to them for hours and pay nothing. Create or use your existing Apple ID and password and find your friends entry and request for a Video call. When your friends accept, you are Done !! Have Face-To-Face chats for long hours, see what your friends are doing and many more. iPod Touch 4G has 2 bulit-in cameras, one front and other rear. you can use both camera's for FaceTime and also for capturing beautiful images. Take pictures and share it with your friends with just one tap. As i said above, it's all free.

Airplay is an amazing app which lets you share everything or anything on your iPod Touch to Apple TV. What i mean is , you can watch movies, videos, images on your Apple TV with the help of AirPlay. All you need is a Wi-Fi connected and open the Airplay app, and stream all the stuff on your Ipod Touch to your Large HDTV.

Technology is growing at a fast pace. These days Apple is working on 3D display using holographic images called Apple Black Hole. This is an advanced 2020 technology. To know more about this upcoming technology, read this article about Apple Black Hole phones from Apple lab.

In this Review, we are going to talk about the latest release of Apple-iPod nano with multi-touch display, which comes with more features than the previous iPod nano.

This article gives you 10 quick fire facts about the iPod Nano, the iPod Touch and the new iPod Mini range. Read on to learn about the popular devices from Apple.

Searching for information on coverage for your Apple product? This article provides information on the AppleCare+ plan for iPads, iPhones and iPods. You will also get details of the SquareTrade plan for these products with which you can compare it.

How much is the price for 4th generation iPod?

All the trubleshooting issues correct here.