Aakash tablet, the only Tab that hogged the limelight across the world on its launch and also called the cheapest tablet. This tab has created a revolution in tech world. The manufacturing company has got 14 million bookings in just 14 days . This cheapest tablet was launched by HRD Minister Kapil Silbal on OCt 5th 2011 with the aim to bridge the gap in tech between rich and poor. He said "The rich have access to the digital world, the poor and ordinary have been excluded. Aakash will end that digital divide". The Indian Government handled the project to the UK based company called Datawind. This company is experienced in manufacturing many electronic devices from past 22 years. According to the reports, till now Datawind has got 20 million bookings. The Made in India Tab raised lot of questions when it comes to this product. Datawind is specialized in making mobiles and Internet devices like pocket surfer and many other. To manufacture the tablet in India, the company has set up a manufacturing unit in Medchal (Outskirts of Hyderabad).


Who Manufactures the Aakash Tablet ?

Well, everyone thinks its Datawind who is manufacturing the world's famous and cheapest Tablet. But, its not only Datawind, it is also an Indian company 'QUAD electronic solutions' who is manufacturing the Aakash Tab. QUAD electronic solutions is Hyderabad's based company which has 2 acre campus in Medchal (outskirts of Hyderabad). It imports all components from various countries like Sout Korea, USA and other countries and assemble it at Hyderabad. This is why we proudly call it as "Made In India Product". Datawind collaborates with QUAD electronic Solutions and manufactures the cheapest Tablet. 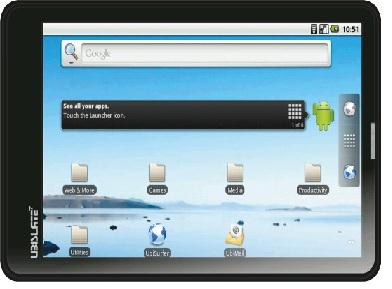 How Aakash Tablet is made?

This is a made in India prouct. How products are made today is they require many components and literally Aakash Tab has 800 components which includes a whole variety of chips, touch panel, plastics, cabling , Screen and alot more. The 7 inch screen comes from south korea, micro processor come from us and other components from all over the world, including India and also china. Well, in detail 39-40 % of the components come from south korea, around 24% from China , 16% components are made in India, 16 % components from US and rest from other countries. Then all these components are bought into the factory and they test, build and assemble in the factory. Building, testing and assembling are all done at QUAD Electronic Solution at Hyderabad.

How did they acheive when rest of the world has not been able to do?

Well, its a structural thing and manufacturers work.The other companies get only 50 components and Datwand get 800 components to manufacture the tablet.They remove margins for those things. For Example, if a certain component cost $5 to make, and the component supplier sells it for $10 in the market and that $5 is the margin. Other Company Manufacturers buy from the component supplier. In Datawind case, they get down into component level and purchase the components below the margin level. Datawind remove and eliminate the module makers margins for LCD, panels, Wi-fi modules and that gives a powerful strategical bandage. They have 18 patterns in this technology which shifts the burden somewhere else. The tablet is sold gor $35 but the screen costs even more. Manufacturing cost of screen is $110.

Their ultimate aim is to bring down the price of the Aakash tablet to $10. MD of QUAD Electronics, Mr. Raminder Singh Soin said, "It is possible and we can do it. It is also high time that the Indian manufacturing companies stand-up and prove that we are capable of doing it. Once we completely indigenise the product, we will be able to bring down the price to $10 or We will make a better Tablet with more specifications and the present Price."

Based on the complaints on Aakash 1, Government and the Company has decided to provide a Tab with better performance and more specifications at the same price and now the upgraded version of Aakash Tab is called Ubislate 7+.

Government Aim Recently, Government said they need more 2 crore Aakash Tab in comming years and they are releasing new tenders for more companies to come in and manufacture the upgraded version of Aakash Tab along with Datawind.

What's the difference between Aakash Tab and Ubislate 7?

Major Difference between Ubislate 7 and Ubislate 7+

Well, while comparing both the version, there are only few major changes in upgraded version. i.e..
• Operating Sytem Uprgraded to Andriod 2.3 GingerbBreasd from Android 2.2 Froyo.
• Processor changed to A8 Cortex 700 mHz from ARM 11 - 336 mHz Processor for better performance
• Battery upgraded to 3200 mAh from 2100 mAh battery for long battery life.
• UbiSlate 7+ has SIM functionality which you can use the TAB as Phone and also has Front VGA Camera for video calls .

How to Book UbiSlate 7+?
You can Pre-book the UbiSlate 7+ for March as the upgraded version tab bookings for January and February are Sold Out.

How to Cancel Aakash Tablet Booking
At present, there is no option available for cancelling Aakash Tablet, but you can cancel it by informing them through Email or Phone. If you don't get the response through these, you can cancel it when they call you before sending the product or by not paying the cash when you recieve it.

Aakash 2 Tab
Aakash 2 Tab is completely different from Ubislate 7 an UbiSlate 7+. Aakash 2 will likely be released by the end of April 2012.