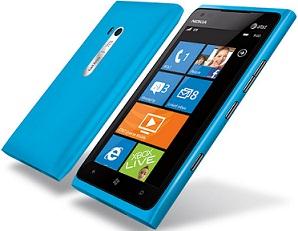 Nokia is known for its smart Phones manufacturing. Last two months duration passed favorable for Nokia because its many smart Phones accepted by the global market happily. Nokia has released smart Phones like Nokia Lumia 710, Nokia Lumia 800 and now ready to come again with its Nokia Lumia 900 which is impressive phone to buy. The good thing about Nokia Lumia 900 is its Windows 7.5 Mango, an updated version of Windows 7 operating system which is powered by 1.4 GHz processor having very high computation speed. It also offers support for 4G network which is not possible in many parts of the world. Many companies are trying to build 4G network in their respective countries so as to provide high accessing internet speed for users.

If 4G network comes to world then it will have high performance and speed and solves performance issues. It produces optimized results for customers. As far dimensions of Nokia Lumia 900 are concerned then it is having much bigger in size in comparison to Nokia Lumia 800 and considered as much better and powerful phone. It is made up of polycarbonate material which is same material used in making of Nokia Lumia 800. We have a full stock of features and specifications in Nokia Lumia 900 which makes it impressive and powerful phone to buy. These all features and specifications are explained below-

We know that Nokia Lumia 900 comes with bigger size which is of 4.3 inch clear black glass capacitive touch screen and ideal screen dimension for a smart Phone. It is having resolution dimensions of 800 px height and 480 px width with a thickness of around 0.45 inches which makes this phone so thin to use. It is having dimensions of 127.8 x 68.5 x 11.5 mm, 90 cc with weight of 160 gms. It provides inbuilt apps like Yahoomail, Gmail, Hotmail and many other social networks which you can access through Wi-Fi enabled hotspot. You can also get notifications and updates on the top of the screen when any of your friend or colleague makes updation in their status. 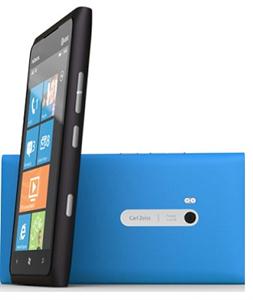 Nokia Lumia 900 camera is also of very high resolution which produces high quality images by providing 8 megapixel rear cameras with dual LED flash. The phone also has good Acto focus feature for high range zooming. Moreover, it is having 1 megapixel front camera for clear video calls that lets you to choose face to face chats with people and friends of your choice. For the entertainment purpose, it includes Android Market, Radio app and you can even search latest music on this phone network.

Nokia Lumia 900 has 512 MB of RAM with internal storage of 14.5 GB. It is having such a huge storage because of SkyDrive cloud storage which stores bulk of data in phone memory. For having such a large internal memory, it does not require the use of Micro SD card slots. So, this phone is not having Micro SD card slots. For Internet connectivity, it provides Wi-Fi 802.11 b/g/n and Bluetooth v2.1 with A2DP, EDR with speed of HSDPA, 21 Mbps; HSUPA, 5.76 Mbps, LTE, Cat3, 50 Mbps DL data. Moreover, it includes NFC technology for data connection between two devices.

Nokia Lumia 900 battery life is very strong and it provides you with battery backup of 1830 mAh which gives 7 hours backup for 3G network. It is best produced smart Phone from Nokia which is having standby of 300 hours. You can even enjoy music up to 60 hours and video playback up to 6.5 hours.