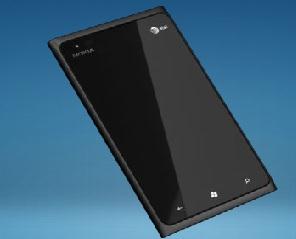 Display & Design:
Lumia 'ACE' comes with 4.3 inch Clear black glass capacitive touchscreen and the screen dimensions are 800 px height and 480 px width. This smartphone's thickness is just 0.45 inches which you can call it as a slim mobile.

Camera:
It has 8 megapixel rear camera with dual LED flash, Auto Focus, Carl Zeiss optics and 1 megapixel front camera for clear video calls. This 1mp front camera lets you have a Face-to-Face chats with your friends or with the people you want.

Memory:
Lumia 900'ACE' has 512 MB RAM and 14.5 GB mass memory and SkyDrive cloud stroage.But, there is no slot available for Micro SD cards.

Battery:
It has 1830 mAh battery which gives 7 hours of 2G and 3G talk-time. I would say, this is the best high-end smartphone ever from Nokia. Its battery life is amazing. The standby time of this windows 7.5 Mango is 300 hours. Woow... Amazing !! 300 hours?? Well, i think you cannot expect such a long battery life in any other high-end smartphone. Thanks to Nokia for the Amazing battert life. You can also play music up to 60 hours and Video playback up to 6.5 hours.

Communication and Sharing :
Now send mails to yahoomail, Gmail, Hotmail and many other from your phone. Stay connected all the day with your friends through Social networks. You can also share Internet with a WiFI Hotspot for 4 WiFi enabled phones. So, your phone acts as a WiFi hot spot for your friends too.

People Hub :
This is an app which is more than address book.You will get updated with a notification on your home screem whenever your selected friends update their status on their Social Networks. You can send messages, write on their facebook wall, post some pictures and many more by just tapping with your fingers.

Music :
Listen to the latest Music available at Android Market on your phone.No need to keep searching for latest music. Nokia send updates to your home screen as notification. So when ever a new album comes, you will get a notification on your home screen.Also, there is an app for radio called Mix radio which lets you tune radio even if you don't have network. This app is also available in Lumia 800.

Nokia Lumia 900 'ACE' will be sold at AT&T in USA. Currently , this smartphone is not on Sale.