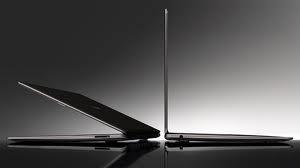 Ultrabooks, are the new product which is going to hit the technology market and catch up fire from this Consumer Electronics Show 2012. With a big bang to the market, the Ultrabooks are hipping up and probably it would become the most successful computer devices. Ultrabooks are light weight, slim, thin, fashionable attracting consumers and more powerful than ever device which is in the market. I would just say that soon these Ultrabooks will become more popular than laptops.

Ultrabooks will create a revolution in the technology market with all attracting features and specifications. There many who are still confused on what is Ultraboook and Laptops and how they both differ. Well, we will see to it now and I would make you clear yourself from these doubts in the following lines.

What are Ultrabooks and Laptops

Laptops are the most common device which you would be using or seeing in day to day life. Yes, that small computer which is used for mobile use which comes in various shapes and forms. They are just your Desktop PC, but which is small and cartable to all places with your travel and which needs very less space than Desktop PC. Laptops can be sported with display sizes ranging 13 to 20 inches which would roughly weigh around from 3 to 18 pounds based on the size. 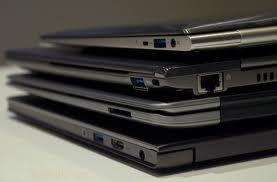 Laptops, as I said the size ranges from 13 to 18 inches. But mostly 15 inch is a common size which you will be using. This 15 inch Laptop comes with decent features and specifications which is more than enough for a normal user. They would just replace your Desktop as you can do all works with the Laptops from playing games, running multimedia contents and also what else, they are more slim and light enough which can be transported easily.

Now on coming to Ultrabooks, Ultrabooks are again portable type computers which are slim, light and thin and also powerful and elegant just like your laptops. But the only thing which you make a difference on seeing is by its sport screens size which would be 11.6 or 13.3 inches only. Also apart from the size, there built with very strong batteries and also low-voltage processors which are manufactured from Intel.

These Ultrabooks also lack in some couple of features from Laptops. Yes, you won't be finding any optical drive in your Ultrabooks. But it doesn't mean that they less compared to Laptops as the Ultrabooks are more powerful that they can run couple of video games at same time with HD content and also they come with SSDs which the common Laptops do not have. 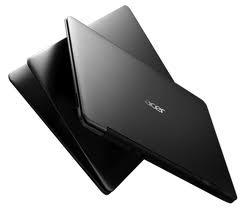 Similarities between Ultrabooks and Laptops:

On talking about similarities, I would just say that an Ultrabook is basically just same as a laptop or a specific laptop. So they both would be having many similar features. As I said before Ultrabooks can never be considered as a competitor for laptop.

Well, even the SSD's and the Intel Sandy Bridge processors which are the trademark for Ultrabook can also be found in some Laptops. So we can't underestimate either the Ultrabooks or the Laptops to best. Now days, the majority of Laptops which comes under the 15 to 17 inch category has the similar processor which the Ultrabooks are powered off. Yes, you can find the Intel Core i5 or the i7 chipsets in all Laptops under that category but it is very rare to find laptops with solid-state drives. Ultrabooks have the same ports and connectivity options which you can see in today's Laptops. Display resolutions of both the devices subjects to be same when you compare.

In simple I would say all Ultrabooks can be laptops but not all laptops are Ultrabooks.

Differences between Ultrabooks and laptops

Portability is the word which stands first when you talk about Ultrabooks. Yes, if you want to distinguish between Laptops and Ultrabooks, then make sure that you tell about portability. This could also be an advantage for Ultrabooks to over Laptops. The Ultrabooks will weigh you around only 3 pounds or sometimes even less than it. Yes, namely the Asus UX31, Acer S3, Lenovo U300S and Toshiba Z830 would be weighing only 3 pounds and the 11-inch Asus UX21 is still less than all as it weighs only 2.4 pounds.

Laptops are very bulky and heavy to carry which cannot be an ideal device for you as your travel companion. Carrying a 7 to 8 pound device with you always is not possible. Even if you talk about Notebook it would be thicker than Ultrabooks. So portability is main word which can used and the main advantage if you use a Ultrabook as it is the most slimy, light weight and thin

Batteries will be next comparing features between these two Laptops and Ultrabooks in your mind. Well, to be frank you will find something different or unbelievable with this Ultrabooks. You may be thinking that these Ultrabook are so thin, light weight so they will not be having such enough good battery life. But that is wrong. The Ultrabooks come with come batteries which could stand lasting for several hours when compared to your usual Laptops. To be specific, the Asus UX31 and the Lenovo U300S will give you over six hours of battery life while your normal Laptop asks you to plug it into charge for every 3-4 hours of use

The only which the Ultrabook don't has is the optical drive. These optical drives make the Laptops pretty standard but you cannot find this feature in any of the Intel's new ultraportable computers.

Ultrabooks has its own standard by having it build in integrated graphics which is most powerful than today's Laptops and notebooks. These are not the dedicated graphics which you will find in your Laptops. There are high graphics which is more powerful where you can run some new video games. However these displays of Ultrabooks Tare so glossy but the upcoming and most awaited Toshiba Z830 Ultrabook is developed with the anti-glare screen which should solve this problem and make it equal standard with Laptops.

Price brings the huge differene between the Ultraboks and Laptops. The all new Intel's ultraportable computers price ranges from $1,000 to $1,200 while your regular Laptops or the notebooks start from $300 to $2,000. So I guess you would be looking forward for Ultrabooks than Laptops. Yes, if you ask me, both are any way similar and in fact Ultrabooks can be little costly but yet they make your travel more easy as it is light weigh, slim and thin which makes it portable.

Well finally to wrap up, I would like to conclude that is pretty difficult to say that Ultrabooks will make the Laptops obsolete. There many things which keep on coming and people moves to it. And now it is the time for Ultrabook and we can find the Consumer Electronics Show 2012. As I said above, Ultrabooks has some advantage and special things over the laptops. And this would make it more successful in this upcoming CES 2012.

In this article I have given all the details about some of the cheap and best Lenovo laptops available in India in the range of Rs 20,000 to Rs 25,000. I have also given all major specifications and important features of all the laptops.