Indian education sector is slowly becoming high-tech with the help of some young talented technological ideas. With the release of Aakash tablet PC by IIT the technological talent of India has reached in new heights. Now a young engineer who is an IIT product has come forward with another cheap tablet which is named as Classpad Tablet.

The developers are decided to launch three models of Classpad tablet which is named as Classpad 7, Classpad 8 and Classpad 10. The tablet comes with 1.3 Ghz clock speed processor and with a touchscreen. Also 4GB internal memory is available which can be expanded to 8GB. The device will be running on Android platform. The main aim of Classpad is to provide high-tech education to students. So Classpad can serve as a good platform for reading e-books. Also the tablet can be easily interfaced with current high-tech school platforms like interactive whiteboards. 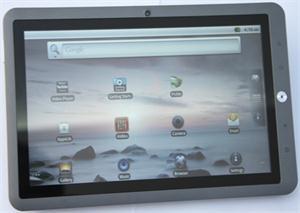 The tablet is also filled with an interesting feature called Artificial intelligence. With this feature the tablet can categorize the student according to its intelligence. Students are also allowed to download 7,000 education applications on the cloud.

As the tablet has three specific models Classpad tablets will be available between a price of Rs. 7,500-14,000. The price will increase according to the specifications of the tablet.

The tablet is already released in India and is expected to see online at early 2012 for general buyers. The tablet is released as a part of Classteacher Learning Systems by NCERT. The tablet can be paid in two ways. In trolley model the tablet can be shared with group of students by paying Rs 100 per child. The second method is OTPC(One Tablet per Child) method in which the parents of students have to pay the whole amount of tablet.