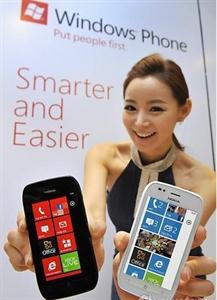 Microsoft has started taking pre-orders for Nokia Lumia 710. This is the first Nokia handset having Mango Operating System. Nokia Lumia 710 is developed in collaboration with Finnish mobile phone maker and KT Corporation formerly known as Korea Telecom. The companies have jointly developed and launched Nokia Lumia 710 in South Korea.

Microsoft is the world's largest software company but when it comes to Operating Systems for smartphones, the company holds only 1.5 percent of the market. Google and Apple have always been the leaders in the smartphone OS market.

Microsoft has stated that Nokia Lumia 710 will be released by KT Corporations on Monday (26-12-2011) in South Korea. This mobile phone was released worldwide few months back in October itself. 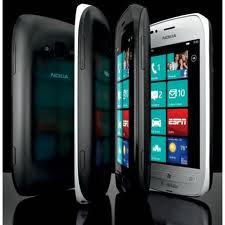 The new Nokia Lumia 710 has a 3.7-inch screen with a resolution of 800 x 480 pixels. It has a 5 MP camera and advanced features. Since it uses Windows OS, users can work on Microsoft Office programs like Excel, Word and PowerPoint. These programs are not available in other smart phones. Nokia Lumia 710 has a BP-3L 3.7V 1300mAh battery.