Tech world will be welcoming 2012 with CES 2012. The CES 2012 will be the release date of many phones. Nokia will be introducing the new OS Windows Phone Tango on the same day. The new OS will be demonstrated on Nokia Lumia 719 and Lumia 900 on January 13. Windows Phone Mango was one of the good successes of Nokia which includes more than 500 new features. The Windows Phone Tango can also be updated to the existing Windows Phone Mango phones. This feature will be followed by the release of Tango update. The new OS is mainly introduced to increase the hardware support of Windows phones. Also low priced phones can be made using Tango update. So Tango update will be the major step by Nokia to bring low cost Window phones. They are also targeting Asian countries including India with Tango update. The Tango will also be getting LTE support and can also support small displays. The LTE support can bring good market in USA where they have very poor performance. So Nokia lovers are expecting the Tango update with great anxiety. 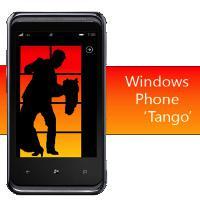 Another rumored OS from Windows which is Windows Phone Apollo will be announced by Nokia on June 2012 that is in Nokia Connection 2012. The Apollo update is also known as Windows Phone 8. The Apollo is expected to support dual-core processors, high-resolution displays and NFC. Nokia Connection 2012 will also be a place for the release of Windows 8-based tablet which will be the first tablet from Nokia. But we cannot fully trust the source because Stephen Elop has recently rejected this news. The long rumored camera centric N8 will also be released in the same event.

The rumor was spread from Finland and it was published in one of the blog. Anyway we cannot trust the source. Anyway CES 2012 is only two weeks away and we can wait to see what really happens in CES 2012.