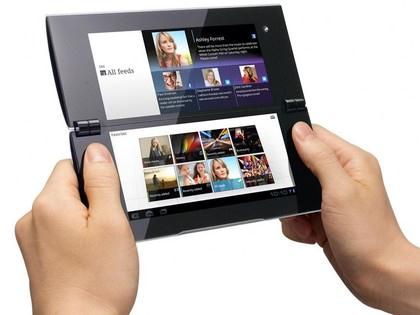 The hardware is strong with NVIDIA Tegra with 1.0 GHz processor speed. The storage size is 4GB. The tablet has clamshell design which protects your tab on move. But the silver finish can get scratches very easily. So you cannot carry your Sony Tablet P along with your keys and all. The battery is not good which remains only for 3 hours while watching a movie or playing a game. The 5MP camera can take sharp pictures which also consist of built-in auto focus.

The display of Sony Tablet P comes with TruBlack technology which they are using in their latest LCD TV. So you can see beautiful pictures and can enjoy your movies in Sony Tablet P with high quality. The brightness of the screens is simply superb which shows good performance in sunlight. Also the viewing angles are very good. It also consists of a mini USB port and microSD slot. You can easily transfer files to other devices using USB port. Charging is possible only through main and Sony Tablet P does not allows you to charge via USB.

The tablet comes with Android Honeycomb OS. The 2 Desktop of the Sony Tablet P is divided into two screens. You can use both the screens by touching. Also apps are loaded in two screens. The speakers are not so good but the headsets are superb.

The multitasking feature in the Sony Tablet P allows you to do your jobs very easily. At the same instant you can enjoy your movies and can browse internet. Also while browsing internet you can get full typing speed by the presence of touch keyboard completely in one screen. You can use internet using wifi and 3G. Browsing speed is fairly good and can zoom in or zoom out browsing screens with simple touches. Flash player is also supported by the browser and so you can see your favorite videos in Youtube and other video sharing websites. But the wifi feature is not the greatest. You will not get good performance in distance greater than 10m. 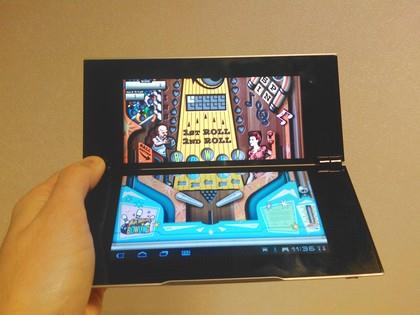 The Sony Tablet P can easily be connected to the LCD TV, home theaters and your personal computers. The special port allows them to use these feature. The Sony Tablet P users can also rent or purchase video and music from Video Unlimited and music Unlimited feature from Sony. Another online facility provided by Sony is "Readers Store" which contains millions of novels, comics and magazines. The users can also browse Google Books.

Now the Sony Tablet P is available online in UK. The 3G model is available now. The 3G capable Sony Tablet P can be purchased online from official website of Sony. The tablet comes with a price tag of £500.
Visit: http://www.sony.co.uk/product/sony-tablet-p/tab/overview