Nokia Lumia 800 comes with 116.5 x 61.2 x 12.1 mm dimensions. The size of Nokia Lumia 800 is not so big and it is easier to fit in your hands. The phone is also good to touch and its body is very soft. The design of the phone has done in a beautiful manner and is made attractive. But in the design of hard keys Nokia Lumia 800 have some drawbacks. The power and volume keys are arranged closely and it is difficult to distinguish them without a close look. A camera button is also placed on the right side of the phone.

The hardware of Nokia Lumia 800 is strong with 1.4 GHz Scorpion single-core processor, 512 MB RAM and 16 GB of storage. With this extreme hardware you will never find a hang in your Nokia Lumia 800. Even though external card slot is not provided, 16 GB of internal memory is sufficient for normal users. The phone also supports 3G, Wifi and Bluetooth services 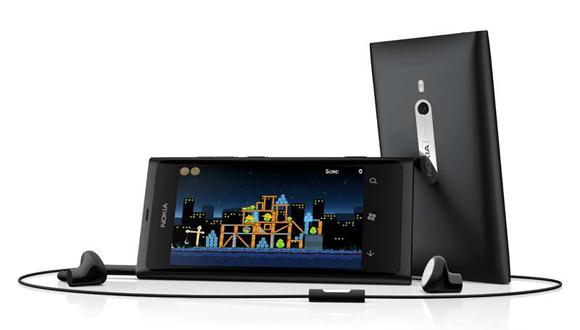 Nokia Lumia 800 have high quality AMOLED,display supported by Gorilla glass. The AMOLED display is self-illuminating and also draws a very low power. The display also supports Multi-touch input, proximity sensor and accelerometer sensor. The phone will support single micro sim and if you have any full sized sim you need to cut the sim to make it in micro size. You can also change the sim without removing the battery. The phone is almost closed and you cannot change the batteries without removing the screws. You are also allowed to navigate using GPS in Nokia Lumia 800. The battery of Nokia Lumia 800 is Li-Ion battery which gives a 265 hour and 335 hour standby time in 2G and 3G networks respectively. So your Nokia Lumia 800 needs charge only twice in a week.

Nokia Lumia 800 is the first phone from Nokia which comes with Windows Phone Mango 7.5 operating system. The new operating system created by Microsoft is creating some movements in smartphones business. Customized home screen with live updates of Facebook and Twitter will attract social network lovers to the phone. The phone contains two columns of live title in the home screen. A search button is also provided in the home screen which helps you to find your favorite apps very fastly. Multiple apps can also be run at same time and you can swap your applications by holding the back key. People Hub is an another attractive app from Microsoft which brings all updates from social sharing networks like Facebook, Twitter, Linked-in etc. under one roof. 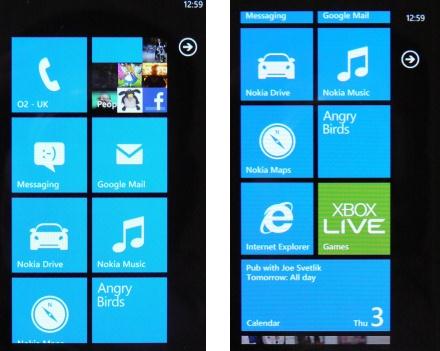 The phone also comes with many built in software from Nokia. An important among them is Nokia Drive. The navigation software works with voice and is easier to get directions during your drive. Also you can download the maps using Nokia Drive and can avoids roaming data charges. 2D and 3D view are also available. The browser for Nokia Lumia 800 is Internet Explorer which is a high speed internet browser. Another attractive app from Nokia is Nokia Mix Radio streaming service which gives you the good selection of tunes and playlist for your phone. Nokia Music app is another important app in Nokia Lumia 800. This app can takes your music in new levels. As the creator of the operating system is Microsoft the phone has many built in office applications.

In the opposite side Nokia Lumia have some sort of disadvantages in its software. Certain applications need more time for its opening and closing and also some games in Nokia Lumia 800 will not shows a good performance. Also the Internet Explorer is not user friendly which takes more time to access bookmarks and tabs. Another major drawback of Windows Phone is lack of applications. Even though their app store is progressing but at present they are nowhere near to Apple app store and Android store. The phone is not going to support Adobe Flash and therefore you are going to miss videos from some major websites.

Nokia Lumia 800 comes with 8 MP camera with Carl Zeiss optics and dual LED flash. Geo-tagging facilty is also available with Nokia Lumia 800 Windows Smartphone. Even though the camera has attractive features the images taken from camera will disappoint you. The photos taken from Nokia Lumia 800 have poor quality. When the photos are taken without flash in indoors, the photo lacks its quality and we can find many blur in photos. 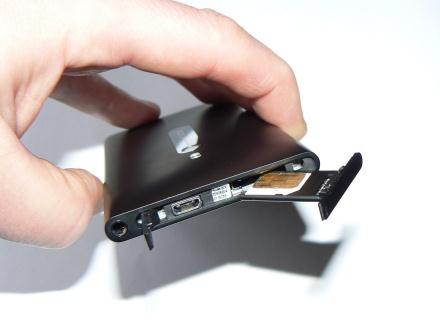 One of the major limitations of Nokia Lumia 800 is the absence of its front camera. In this era lots of people loves video call rather than voice call. Avoiding of this video call feature will keep some customers away from Nokia Lumia 800. So the frequent Yahoo messenger and Skype users will not prefer Nokia Lumia 800.

AS compared to iPhone, the Nokia Lumia 800 is cheaper and the phone is simpler than Android phones. According to the present surveys about 52.5 percentage smartphone business is under Android phones and 15.6 percentages under Apple phones. Now Windows phone is trying hard to get a good place in Smartphone business. The phone will be available with £400. It has already released in UK and it is expected to release in India shortly.