As Windows phone is slowly building up, HTC is coming with their new Windows Mango phone HTC Titan. HTC Titan was officially released in August 2011 and was available in Markets in October 2011. Price in Europe of HTC Titan is EUR 617.50. 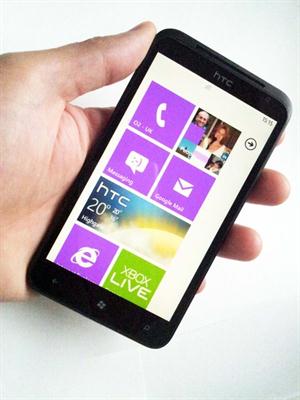 HTC Titan comes with a 4.7 inch screen. The phone is little bit big with 131.5 x 70.7 x 9.9 mm dimension. With 160 g weight, the HTC Titan is little heavier compared to other smartphones. In the top right edge HTC have an power button. In the right side the phone contains a volume button and camera key. Accelerometer sensor, Proximity sensor, Gyroscope sensor, Digital compass are the other hardware specifications of the HTC Titan. The phone can be connected to other devices using Bluetooth v2.1, Wi-Fi and USB. With 1.5 GHz single-core processor, 512 MB RAM and 16 GB data storage, the phone hardware and speed becomes more persistent.

HTC Titan Windows Phone 7.5 Mango comes with 8 MP camera with LED flash. Geo-tagging and panorama are the other attractive features of HTC Titan's camera. By using panorama HTC can take multiple pictures of one object and then can join them into a single photo. You can get a 720 p video from HTC Titan. The camera is far better than other HTC phones. You can also use video calling with 1.3 MP secondary camera. With auto focus you can take the pictures with high quality. The camera can also work efficient in low lights. The size of the image taken from HTC Titan is between 1MB and 1.3MB. This shows that camera uses good image compression technology. The video are also compressed by HTC and a 1 minute video will get a size of 80 MB which can be seen as high quality in big screens. 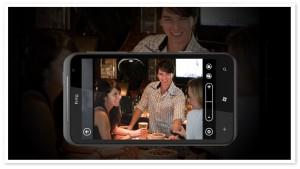 HTC Titan comes with a Windows Phone 7.5 Mango operating system. The touchpad is excellent with keys arranged in rectangular blocks. Moreover the keys are well placed which makes typing simple and effortless. This is achieved by its large screen size. HTC Titan comes with Internet explorer 9 browser. The browser gives you a good internet speed compared to any of the phones. 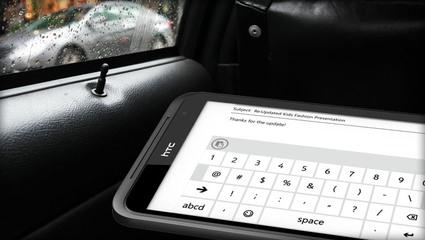 The only button that could bring back HTC 7 from sleep mode is its power button. The button is present at the right hand top side of the phone. The button is very small. Since the size of the phone is big and the button is present at right corner, the persons with small sized hands will find very difficult to hold phone and to press this power button. So users have to do some exercise with hands to make HTC Titan to active mode. Also the camera button can get accidentally ON while calling.

Another problem of HTC Titan is the losing of network connection. Then the users have to reboot their phone to regain the connection. The multitasking facility of Windows phone is very less compared to other smartphones. It allows only five apps to run at a time. Also the time required to swap the application from one to another is little bit high compared to other advanced smartphone. The HTC Titan also doesn't show the percentage of battery in the home screen. To know the battery percentage users have to visit settings and have to look for it. The phone also takes some time to connect with other devices using WiFi.

Another limitation is its memory capacity. HTC Titan only comes with 16 GB internal memory. The phone doesn't have an external memory card slot. So users are allowed to use only 12.6 GB memory and the rest is eaten up by phone software and default data. So those who need more memory for their data will not accept HTC Titan. In the software part Windows phone lacks applications. If you are a Google user, you will definitely be disappointed because of the lack of Google apps like gmail, Google plus, Gtalk etc.