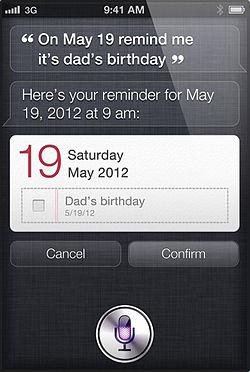 Siri comes under the category of intelligent software assistant which is integrated in the latest operating system; the iOS used in Apple iPhone 4S. In simple sentence Siri is application software which do multi function tasks by the process of using natural voices. It can used a personal assistant performing various actions which range from browsing, typing messages, answering questions and even sending messages to the respective individuals according to the wish of the users. Developed by the SRI International in 2007, Apple Inc. acquired this software in 2010 integrating with iOS making it a part of the latest iPhone 4S. Now this application has become the sole properly of Apple giving an advantage to the sales of iPhone 4S which was launched on October 13, 2011.

If your mind is pulling to buy an iPhone 4S, no doubt it would be more of fascination to make some experiments on Siri. By reading the experience of many who have tried the Siri it makes clear that this application has will make you dream come true. Hands off from iPhone now, ask Siri it will guide you. When asked by an intelligent 'When will the iPhone 5 release the answer was 'Check the Apple Store'. If you ask Siri to dial a number, sure Siri will connect to the person who you wish to reach. Siri will browse web pages for you, schedule meetings and even wake you up. Please do not ask to prepare a coffee for you.

How to use Siri in iPhone 4S

Now you might be interested to know how Siri works in iPhone 4S or to know how to use Siri? Here are the simple steps explained. As Sir works accordingly recognizing natural sounds, it might take a little time to get well used to it.

How to Set Up Siri 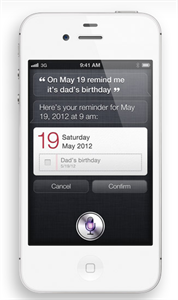 Even though Siri comes along with iPhone 4S as a preloaded application, we have to do some proper set up in the iPhone. Siri wants to know the user's name and the conversation language too. This process is to used so as Siri need to learn your accent and all other characteristics of your voice. As many people are using Siri, the dialects and accents recognition will be more useful to make the device perform better. For setting up Siri do the following:-

Go to Settings > General > Siri
Then go to 'My Info'. Here you have to select your name from your contacts. Then you can select your preferred language might be US English or U.K English or any other accent depending upon your choice. You can make a talk to Siri by holding down the Home button. If you hear two quick beeps and the microphone icon lights up, it indicates that Siri is ready to hear you. You can use Siri along with headphone and Bluetooth headsets making you more comfortable. But still you have to press and hold the centre button if wish to talk to Siri.

With some practical knowledge you can be an expert in using Siri. But if you are a beginner here are some tips which can results betterment in the performance of Siri.

Make sure that you are connected to Wi-Fi or 3G: - As the commands are processed through a server, its utmost urgent to check whether you are having a strong connection via Wi-Fi or 3G.

Make Specific Commands: - While giving commands to Siri, make sure to give commands more specific than beating around the bush.

Give Command in one stretch: - While you engage with Siri, well remember to give instructions in a single stretch. For e.g.: It is better to make command 'Make a call to John', rather than saying 'make a call'. Giving complete instruction in a stretch would work better.

Save names and relationships in contacts: - It is wise to add few words that indicate relationships in the phone contact. Words which indicate relationships like 'father', 'mother', 'brother' etc would be easy for Siri to handle. For once you saved the names and terms you can get quick response from Siri. If you say 'call my father', on the first instance Siri ask the name of your father, as you say the name, the information is saved in the contact and Siri would understand the relationship between the duo. Next time while you attempting a call you can say the same 'Call my father', Siri who had understood the relationship with the names would connect the call for you.

So with some easy tips are tricks you can be a master over Siri. Work out these tips to get the best results from Siri – Your personal assistant.