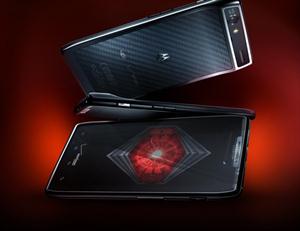 Motorola too has entered the track giving a slight competition to the top smart phone manufacturers by launching Droid Razr, a smart phone being advertised as the thinnest phone in the world. It would be the right time for Motortola to enter the smart phone business with one of the unique handset which would be an advanced version of their once popular Razr phone.

The Motorola Droid Razr powered by 1.2 GHz dual-core processor runs on Android 2.3 Gingerbread OS which can be upgraded to the latest version of Android, the Android 4.0 Ice Cream Sandwich. As we have mentioned earlier, the Droid Razr would be the thinnest phone ever released which has only 7.1 millimeter thickness. The 8 megapixel camera, Bluetooth, Wi-Fi and 4G support would add strength to the Motorola Razr. This smart phone is having an internal memory of 16 GB which is expandable up to 32 GB.

The highlight of Razr is 'Motocast', a special feature to stream content from one device to another uninterruptedly. The entry of Motorola Droid Razr is being viewed as a competitor for Apple iPhone 4S and Samsung galaxy Nexus. The Droid Razr would reach the market in November while customers can place pre order via online which would be available from 27th October 2011.

The Droid Razr is being designed to compete with the leading smart phones in the market. As there are few other smart phones with excellent features we have to wait and see the verdict of this handset which comes under a price tag of $299.