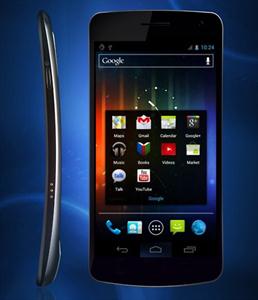 The craziest thing about Galaxy Nexus is have Android Ice Cream Sandwich, the latest Google Android OS. It's now clear that the Samsung Galaxy will be loaded with extra special specifications which Samsung's super star Phone Galaxy 2 carries. The Galaxy Nexus is expected to be an improvised version of Galaxy 2 with more features. Primary being named as Galaxy Prime, the name has now finalized as Samsung Galaxy Nexus.

According to information collected from various sources we could find that Samsung Galaxy Nexus will have 4.65 display(1280 x720 px) with HD resolution. The nexus comes with 1.2 GHz OMAP 4460 dual-core Cortex A9 processor. The nexus has Android 4.0 Ice Cream Sandwich, the latest Google Android OS. It has 1 GB RAM and 32 GB hard disk. It also has 1.3 megapixel front camera and 5 megapixel rear camera.

For those Smartphones lovers the above features might not be a surprise, but the real surprise is not still unlocked as it's sure that more new features will be packed in the new Samsung Galaxy Nexus. We would be updating more information regarding what Samsung Galaxy Nexus has stored for us in the coming days.

The Galaxy Nexus was to get unveiled on 11th October but now as per latest news Google and Samsung will unveil the product by the last week of October or by the first week of November. Any way people are counting on the days to get a glance at Google – Samsung Android 4.0 Ice Cream Sandwich and Galaxy Nexus.