Apple has made a revolutionary change in the interest of mobile phone lovers with the launch of iphone. After making much success in the winning the hearts of the people, the latest version iphone 4S has been launched. Looking from outside, the iphone 4S looks exactly like the older version iphone 4. The iphone 4S can be said to an extended version of iphone 4. 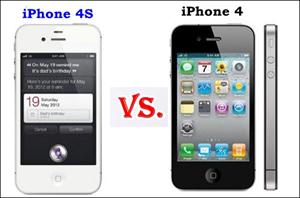 Weighing just 140 grams the iPhone 4S weights use wireless technology an upgraded version of Bluetooth 4.0 comparing while Bluetooth 2.1 was used in iphone 4. Dual –core A5 a faster chip used in iphone 4S make the performance much better while compared to the processor used in iphone 4. The eight megapixel rear camera and a new light sensitive sensor add more colours to iphone 4S. It supports 1080 pixel high- definition video recording. This iphone 4S has fingerprint-resistant oleophobic coating on front and back. The battery life of iphone 4S is up to 8 hours on 3G.

The main highlight of iphone 4S would be 'Siri', the voice recognition software which plays the role of a personal assistant. This application can identify natural voices and could work according to the given commands. With the help of Siri one can search the web, compose and send emails, check the weather, set reminders and much more. If you ask a question to Siri, it would search the web and find an answer to it.

In short there is not much difference between the two devices except few slight changes.