Here is the latest entry ThinkPad tablet from Lenovo. Lenovo has launched their tablet PC ThinkPad in to the Indian market which would really bring more competitive spirit in tablet business.

Designed for business professionals the ThinkPad would be one of the costliest tablet currently available in the market. With more wide features the Lenovo ThinkPad is enabled with Enterprise oriented features like support for Cisco VPN Control device security with Active Directory Password, Microsoft Exchange and ActiveSync integration. 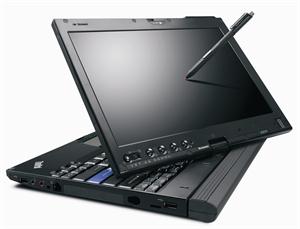 The ThinkPad is a 10.1 inch high definition tablet with Thin Film Transistor Liquid Crystal Display (TFT LCD) touch screen which runs on Android 3.1 (Honeycomb) OS powered by Nvidia Tegra 2 dual-core processors. The internal memory of the tablet support 32 GB which can be expanded up to 64 GB. Like the IdeaPad K1 the ThinkPad too has a 2 mega pixel camera front facing camera and a rear camera with 5 mega pixel which supports video recording. Enabled with Bluetooth, Wi-Fi and 3G this tablet has a mini HDMI port, a micro USB port and a USB 2.0 port. Added to this the tab has a SIM card slot and a media card reader. The battery life as the company offers is 10 hours. The weight of the ThinkPad is just 715 grams. The price of the Wi-Fi enabled 16 GB tab is 29,500 while the other model with Wi-Fi and 3G is priced at Rs 41,900. There is also another model which is the most costly tablet with 64 GB comes with Wi-Fi and 3G is available for Rs 46,900.

As this tablet comes along with 40 preloaded apps customers can also browse through Lenovo App Shop as well as will have access to more than 250,000 apps in the Android Market from where they can download their interested applications.
The two new features Social touch and Quick launcher will bring quick browsing. Social Touch stays as a platform for using the most popular networking sites like Facebook, Orkut, Twitter which are integrated for easy search. Also with the help of Quick launcher users can arrange applications on the home screen which they use more frequently.

Lenovo A2107 tablet has Android Ice Cream Sandwich OS. Let us take a quick look at the specifications of this tablet.

If you want to know all about the company Lenovo and its new product Lenovo IdeaTab A1000 tablet, then read this article. There is a comprehensive review of the features and specifications of Lenovo IdeaTab A1000 tablet which was announced in January 2013 and is likely to be released by the end of March or the first week of April 2013. Lenovo A1000 is likely to be a low priced entry level tablet from Lenovo which may be priced between Rs.8000 and Rs.9000.