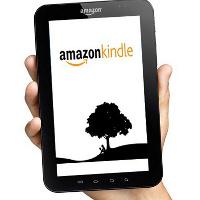 Windows 8 tablets are still one year away from its look although people believe that making Amazon kindle fire comparison with Windows 8 tablets is full of worthy process to execute. Some buyers want some new interface in tablets to getting rid of Apple and Android tablets.

So they are looking for some other options. Before the release of Amazon tablets, customers did not have option to switch their tablet but now they got an option to switch Apple's iPad or Amazon Tablet PCs with Amazon tablets. There are two expected tablets brands other than Apple and Android i.e. Windows 8 tablets and Amazon kindle fire.

When we compare Windows 8 tablets with Amazon tablets then buying choice of customers are not based on one factor only. It's not only concern with ultimate user interface but consist of many parameters like apps, data usage plans, price, battery life, weight, dimensions, processor, storage capacity, camera, video recording, overall look and feel and many more factors too. At this point of time, we are not aware with Windows 8 Tablet PCs apps and data plans so we expect huge competition between Amazon and Windows 8 tablets in coming year. If you are an Apple and iPad consumer and want to experience some new user interface with extra-ordinary features then Amazon Kindle Fire Tablet is the best option for you.

At this point of time, we are not aware with Windows 8 apps for tablets and data. As far as portability of tablets is concerned then I must say it is one of the most important factors which needs to be in mind while going to purchase tablets because if you are not comfortable with tablet then it will not going to be your best friend. It must have excellent battery life so that no need to carry extra batteries and power cords. It must have high booting speed which loads the operating system quickly and enable instant start and finish mechanism.

Windows 8 Samsung tablets shown by Microsoft in build conference do not seem to be much portable in comparison with 7-inch 14.6 ounce kindle fire tablet. Microsoftis not making any rush in market and playing wait and watch game and they do not bother what other vendors doing and what are their tablet price? The price of Amazon kindle fire tablet is expected to $ 200 and it is too much cheaper in comparison with Apple iPad and Android tablets. What about Windows 8 tablets price? We believe that Microsoft is quite capable for adopting promotion strategy worldwide and if Microsoft can subsidize its tablets price then this will not be any surprise for customers.

One good feature with Windows 8 Operating System is its cloud integration with Windows live ID's that synchronizes tablet settings with online options. Many believe that Windows Skydrive will act as the wildcard for Microsoft because it allows unlimited storage of photos and documents on the web.

The picture will be clearer when Windows 8 tablet features will be declared publicly.