Indian market is flooded with cheap tablets. It is Reliance 3G tablet and Beetal MagiQ tablet who are the tough competitors as both of them claimed to be the cheapest Android tablet in India. These two tablets are getting high sales in India. Many Indian customers are still in dilemma to purchase which one of them? So, they are searching for comparison between Reliance 3G tablet and Beetal MagiQ Android tablet. Though it is Beetal MagiQ tablet which is lesser in price but still there are many other technical differences among both of them which should be considered before selecting any one of them which are discussed below- 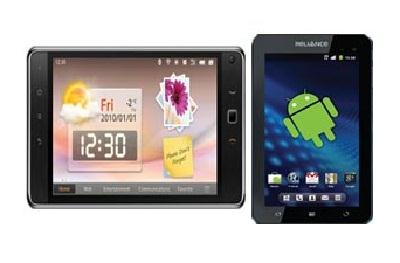 Android version comparison
Reliance 3G tab Tablet makes use of Android 2.3 operating system whereas Beetal MagiQ tablet uses 2.2 Android operating system. An important point that should be mentioned most necessarily is that among both versions, it is Reliance ZTE tablet, which has upgrade capability at regular time interval while on other hand Beetal has chosen its own design and there is no option to upgrade Android 2.2 to Android 2.3.

Touch Screen resolution comparison
Both of these tablets have good screen resolution and have a size of 7 inch WVGA screen. When we compare their touch then it is Reliance 3G capacitive screen that makes it impressive because of its full screen capacitive touch which is far better than Beetal resistive display. Beetal has implemented track pad and additional buttons for receiving and rejecting calls. This difference in touch technology makes them different touch screen display such that capacitive screen offers better multi-touch interface to obtain zoom performance and lesser changes of getting faulty errors.

Price and promotional offers
Reliance 3G tab tablet costs Rs 13,000 whereas Beetal MagiQ costs to Rs 10,000. Both companies offer promotional schemes for their customers such that Beetel offers 2 GB 3G data usage for 2 months which costs Rs 1498 whereas reliance offers discounted rate of Rs 151 for 12 months. After multiplying 12*151, we get Rs 1812 which is more than Rs 1498 but reliance SIM card will be locked by the providers and in case you will turn off its lock then you are not provided with warranty rights.

After comparing both tablets, I come to conclusion that both tablets have tough competition but technically Reliance 3G tab tablet is better than Beetal but if you are looking for the cheapest tablet then Beetal tablet should be your first choice. Moreover, Beetel is having more channel traffic as it originated by Bharti Airtel. We also know that Airtel has vast network in comparison to Reliance network.