Everywhere around the world, Android is rocking such that every new tablet or Smartphone release consists of Android as its main core. Samsung also laid stress on Android functionality as recent tablets and smart devices showing its evidence. This time, a new Samsung Smartphone i.e. Samsung Galaxy Tab 750 will be available in India. It is Android honeycomb mobile, powered by 3G enabled tablet. If you are an Indian customer and willing to purchase Samsung galaxy Tab 750 then you can order it on www.LetsBuy.com with the price of Rs 36,300. It will also include free accessories which are worth around Rs 7,300. 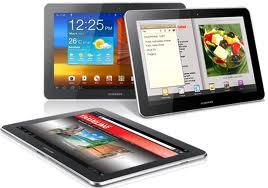 When we are talking about Samsung Tab 750 then it brings both class and functionality as joint combination. It is thinnest and slimmest tablet with dimensions of around 256.7x175.3x8.6 mm. The weight of the tablet is 565g in weight and it packs itself in a powerful 1 Ghz NVIDIA Tegra 2 processor with the primary storage of 1GB RAM.

It is equipped with a 25.65cm wide screen that has a resolution of 1280x800 pixels. It supports dual camera with 2 mega pixel front facing camera and 3 mega pixel primary camera that allows LED flash which is capable to record HD videos in 720p format. It allows fast browsing experience which performs multi-tasking activities with a fast 3G performance of 21 Mbps of Max HSDPA and 5.76Mbps HSUDA speed. It hosts offer multimedia functions with HD playback of 1080p. Moreover, you can connect full spectrum options with 3G, Edge, Wi-Fi, USB, Bluetooth, GPS and HDMI.

Its battery life is also quite high, which is 7000 mAh that brings 2120 hours backup for 2G and 1840 hours for 3G. Samsung Galaxy Tab 750 app store loaded TV applications that allow users to enjoy 55 Indian channels in a single interface. It has millions of apps for its users that allow them to access 2.2 million books and 2000 newspaper.