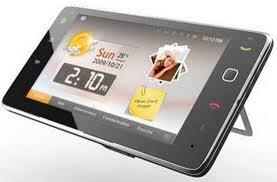 Beetel has introduced its high quality Android tablets which are also quite inexpensive. Beetal Magiq will cost you only Rs 9,999 in India. The new Reliance 3G tab Android tablet was claimed to be the cheapest tablet but Beetel Magiq is cheaper than Reliance 3G Android tablet.

Beetal Magiq uses a 1GHz processor. It has 8GB internal memory which can be expanded to 16GB using microSC cards. It gives good photo and video quality. It has a 2 megapixels front camera and a 2 megapixels rear camera. It has a 7-inch screen, Wi-Fi, 3G and Bluetooth connectivity. You can make video calls using a 3G SIM card. A separate navigation track pad is also included in the device.

It has an unlocked boot loader which clears restrictions and provides users an easy access to customize anything. Prepaid and postpaid customers get a 2-month 3G data connectivity with a limit of 2GB on purchase of any Airtel AIM. Users can also upgrade Android 2.2 to Android 2.3.