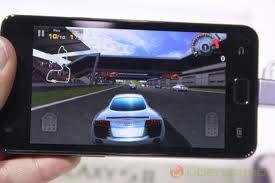 Samsung is known for its high end smartphones. The second generation Samsung Galaxy S2 smartphone developed by this South Korean company had a record sale of 5 million units in its first 85 days. Samsung Galaxy S2 has many new features. Galaxy S II is yet not launched in the U.S market. Other than in U.S., Galaxy S2 has been launched in all major countries. The company will produce four hardware variants for the major carriers in U.S.