On July 14th, a blogger discovered that Microsoft acquired socl.com and accidentally leaked out an internal project of Microsoft. According to the information available in the website, Microsoft is working on some projects related to social networking.

Many websites and blogs on the web suggests it is an answer from Microsoft to the recent newsmaker "Google+". However, I really doubt if there is any truth in that, for several reasons:

1. If Microsoft is working on a social networking project, and if they want to keep it as a secret project, they will not publish it on a public domain. There are hundreds of companies, bloggers and corporate spies watching what is Microsoft is even thinking. So, if they decide to publish a secret project, they must have some real idiots out there, which I doubt. There are higher chances that Microsoft purposefully leaked out some information to slow down the attention Google+ is getting these days. They just wanted to feed the bloggers with another topic to chew on for few days.

There is no official comments from Microsoft on what is socl.com. In my personal view, this is one of hundreds of internal projects Microsoft have. By nature of the research projects, there is no guarantee that such projects will go live ever. Any product based companies have to design, prototype, develop and throw away several projects before they finally decide to launch some products. socl.com could be one of those research projects or could be a prototype.

Will socl.com compete with Google+ ?

It is very hard to predict if socl.com is going to compete with Google+ since we are not sure what exactly is socl.com is meant for. Google+ is getting a lot of media and bloggers attention these days. Since social networking websites are growing too fast and almost anyone on the web has a Facebook account, there are chances that Microsoft too wants it's share of it. However, competing with well established Facebook and newly launched Google+ will be a real challenge for Microsoft, if they try to get in to the social war. May be Microsoft is too late.

When the new social networking website news was filling the tech news, I started some research on the domain name. This is what I found: 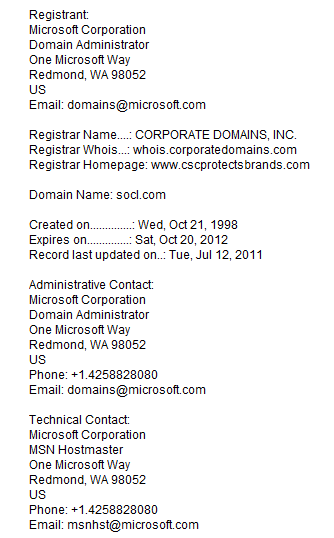 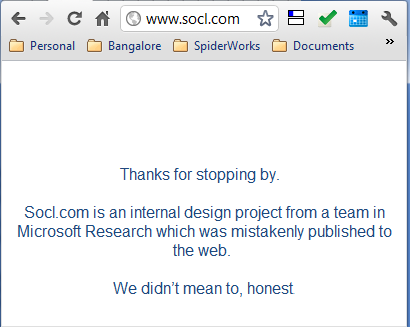 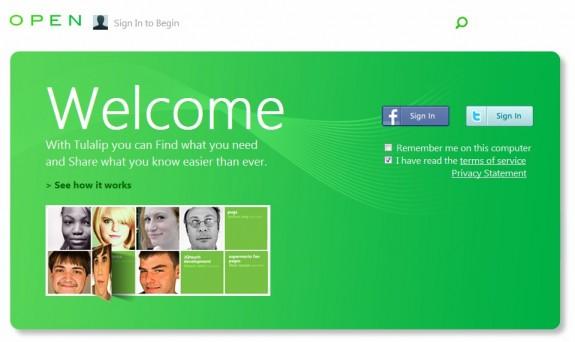 No one other than Microsoft can answer this question. It is highly possible that Microsoft will make an attempt since almost everyone on the web no uses some sort of social networking services. Even though Facebook is well established and Google+ is moving too fast, considering the marketing power of Microsoft, it is not hard for Microsoft to get it's own place in the social web. Let us wait and watch the social network competition.

This article is about the Flock Social Browser 2.6 for windows 7. This articles contains all the features of flock social browser 2.6.

In the world of searching and sharing technology here is Microsoft releasing its own Social site So.cl which makes social searching and sharing easier and more efficient. Targeting the University students it aims to find out how much social sharing helps in the process of learning. This article will give an overview of what exactly is So.cl

Each thing we read or write in the websites are constantly being monitored. One can know your attitude and behavior just by checking what you "like" and comment in others post. Even what you surf in the browsers are monitored. So this gives a general idea about a person without even looking at him.

Are you Ready to feel Zurks and have fun with Zurker, the new social network?

Have you ever dreamed to become a co-owner of any Social Media network? We are exploring a new Social Media site called "Zurker" which offers its members shares of Profit which makes it a very unique and attractive from other social networking websites.

Thank you for giving this article to everyone. It is really nice to see an article in this topic. Keep on contributing like this.