Google just announced the Google+ project. Techies are busy writing blogs on what they like in Google Plus and how it is going to save the earth (web). But this was the case when Google announced any other projects. Take the example of Google Waves, which was announced a few years back. It was projected as the next generation collaboration platform and people were dying to get an invite to join Google Waves. In less than a year, Google Waves disappeared. Will that be the case with Google+? 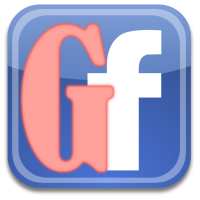 Google+ is the answer from Google for the quest for a reliable and secure social networking platform. Last couple of years, Facebook was ruling the social network field with virtually no other competitors. Facebook was started in year 2004 and in few years it became one of the most visited websites in the world.

The primary advantage for Facebook now would be, it has a huge userbase and you can find all your friends there. After all, that is the purpose of a social network - find friends and share with them. I am sure there are much better social networking websites out there, but they are not attracting many for one reason - you won't find your friends there.

In order for Google+ to take on Facebook, it has to offer a lot of cool features like Facebook and also bring all your friends there. I am sure Google can bring all features of Feacebook plus much more (probably that is why Google added a + to the name!). Considering the technical expertise Google has, bringing all features that will excite any user is not a big deal. But bringing all friends together in one place is the big challenge.

I will give a try on Google+ for many reasons:

1. Google+ is from Google. I trust Google. They have been providing a lot of great services including Search, AdSense, GMail and so on. I have no reasons to believe Google+ will disappoint us.

2. Google+ is not Facebook, but offer better privacy. With Facebook, I have much less confidence on who will see what.
I am afraid to post a lot of my information on my Facebook account because I am afraid someone whom I don't want to see those information are going to see them. In Facebook, they made it my responsibility to figure out and secure any private information I want to keep confidential. I believe a social network should do it the other way. If I am a novice, my information should be private by default and should remain private until I figure out and make it public explicitly. I bet Google would do it right - my information will be private until I choose to make it public.

3. Google+ gives more control on who sees what, but Facebook just have limited control.
Google+ brings the concept of "circles" where we can create various circles of friends (like "Family", "Relatives", "School friends", "Office" etc). You can choose which circle can see your messages. No need to worry anymore if your boss is going to find out what are you going to do the over the week end and why you skipped the customer call on the Sunday early morning!

The big advantage for Google Plus compared to Facebook is, Google has a large number of products that are used by millions of users and Google+ is well integrated with many of those. Google can easily promote Google+ with their other products and attract a large userbase pretty quick. For example, if you are a Google Talk user, you can talk directly from Google+ interface with your other buddies.

6. Facebook pages and groups - Google+ works different
Facebook offers few features like Pages and Groups which can be used to promote your business or use as a personal blog. Google+ do not have this built-in feature, but in future it may be integrated with Google groups, a much more powerful and established group discussion platform.

How Google+ affects SEO and your website's ranking?

Are you a webmaster looking for ways to promote your website through the newly arrived Google+ ? In this article I will discuss how Google+ affects SEO and how Google Plus influence the search engine ranking.

This article mentions the top five tips for users of Google+. Explore the features of Google+ with the help of this article and know how to use this latest offering of Google for your personal as well as business purposes

This article tells you about that latest app approved by Apple to run in its iOS devices to access Google+ Read on to know more about the features of this app, from where to download and advantages of having a Google+ app on your smartphone

What are the reasons for Google+ traffic decline according to Experian Hitwise data?

This article throws some light on the reason why Google plus after getting huge number of members and consequent high hits is finally showing sign of fatigue in terms of reduced registrations and reduced average time on the site. Read on to know what Hitwise- who tracks website traffic says and what might be its future consequences for Google+

This article describes the use, features and function of the app integration and the other 3 features –ripples- a Stream highlighter, ripples and the photo editing app "The creative kit" that Google recently launched on Google plus.

This is really a very nice valuable and informative article about the topic comparison between facebook with google+. Keep on contributing more and more article like this.

Facebook is one of the popular social media profile. On the other hand, Google is emerging as the best platform for business. There is really a tough competition between them. I think Google+ offers best privacy, security and user interface to its users. Google has given good platform for newbies to start their business successfully.

Nice analysis of Google Plus and facebook. Fb is my favourite social media site because it is very easy to find our friends on fb as compared to G-Plus. Many of my school friend don't even know about G-Plus.

I have already an accounts both Facebook and Google+,there are always posting my personal articles,both social media is more beneficial for articles sharing and also personal adds.
Some noticeable similarities Facebook and Google Plus as follows:
Firstly Google Plus accounts are creating with the variations by only email I'd other site Facebook verification by phone number and also email I'd is require.
Secondly Google Plus owner I'd is require for AdSense Ads and also Facebook.
Thirdly in Facebook owner can contacts to the visitors by directly massages by Messenger, Nestler, SMS, etc.but Google Plus visitors can massaging by email address.
Fourthly Facebook always helping to the accounts holder by their help centre directly. Other site Google Plus helping people with their Google accounts.
Lastly Google Plus can unfriend a website or a visitors.Other site Facebook can blocks for ever a website or visitors.