In this article, I am going to discuss about some Tablet PCs which looks similar like iPad. Many tablets are available in the market, but some tablets look's like iPad in their interface and working also.

It has features like 1.2-GHz dual-core processor, a front-facing camera, and best Audio. HP's touchPad is a strong contender running WebOS 3.0. It uses WebOS has it's operating system. The GUI of HP touch pad tablet looks similar to an iPad and we can say it is a strong contender for iPad. 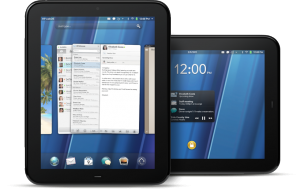 Acer's Iconia Tab A500 is a 10-inch Android 3.0 tablet. It features HDMI and USB ports and both rear (5-MP) and front (2-MP) cameras. Acer's Clear.fi media sharing Software is also going to be pre-installed. At first instant, this tablet looks like an iPad. 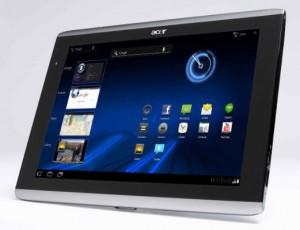 It is developed by Notion India Ink. Notion Ink ADAM used a modified version of Android. It is also able to run Ubuntu and OS Chrome. It has 10" capacitive multi-touch screen at 1024 × 600, use the technology which is done by Pixel Qi. The dual core Nvidia Tegra 2 at 1GHz will run the tablet which has the capability of playing 1080p video. This tablet has similar features of an iPad 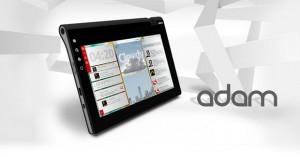 This model is based on the popular Google's Android operating system. The price is very less when compared to other tablet's. It has high-resolution touch sensitive screen of 7-inch TFT LCD, with a capacity of 800 x 480 pixel resolution and looks similar to an iPad 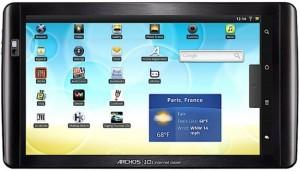 Apart these four, there are many other tablets in the market which looks like an iPad both in their feature and graphical user interface too.

All the tablets in the list are great in performance, but i like Acer Iconia Tab A500 from the given tablets.

really good info... by this i very clear about ipad & tablets. it will help me for buying good items. www.VinayBiradar.com