Earlier, the Microsoft Office 2007 has limited applications especially as far as the online applications is concerned and then Microsoft has developed the Office 2010 to improve the user interface for the users by introducing the new web applications in it that provides the online services but finally the new release which has got all the features of Microsoft Office 2010 and also new features and components of its own which has added a new convenient user interface for the users by introducing the online editing of the resources by using the mail exchange service which integrate the resources for the website design or for the portals design and communication and instant chatting is also there in it which is not there in the Google Document which is mainly meant for the online document entry and now Google has made some Improvement in it by adding the videos for the entertainment of the users but still it will not make it alive while comparing with the Microsoft office 365 because it got all which users wants and in order to provide the convenience to the users to decide which online service is better, comparison between the Google Document and Microsoft Office 365 is carried out. 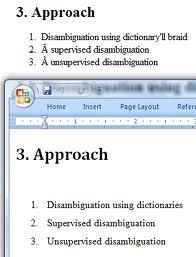 As far as the user interface is concerned then Google documents has a very nice user interface, as it has keeping all things and tools so simple and basic for the users which provide them with simplicity and ease of use of the products using the Google Integrated environment which has consist of the so many tools and utilities but that too are simple to operate and does not require any complex work to do and whereas the Microsoft is also claming the same sort of user interface which is easier for the user to work with, but with some capability and additional tools in comparison with the Google Documents, the best thing which has made the it different in user interface is Ribbon feature which includes the addition of the extra package that is email sending by directly connect the email option with the online web applications along with the high storage capability and high formatting tools for the documents and files while editing of the documents is also carried out at fast pace with the high switching speed from one browser to another.

Winner- Microsoft is declared as the winner because of the ribbon feature and high storage capacity and high switching speed such that browsers can be easily switched from one interface to another by providing the high visibility to pay with better look and feel.

Presentations of the documents 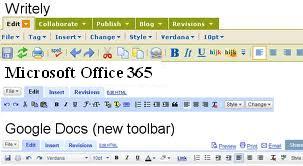 The Presentations of both Google Documents and Microsoft Office 365 have looks good and provide the online editing and Microsoft has faster pace of editing online documents and provide the Microsoft Powerpoint web applications which let you know to pick the themes and edit the page layout with the slides addition and removal with the addition of text and animations features too for the full screen presentations using the Google with the full screen view by allowing the instant share of presentations online using the Google network which allows you to share the browser and to connect it with anyone with the Google account and the Microsoft connection linking is not there but only have presentation slides with the communicator features which allows the instant messaging but it will not be implemented using the Microsoft Lync.

Winner-Google is declared ass the winner because of the both presentations and internet connection that will be depend on strong Google connection such that Google accounts can be accessed from it easily and you can share anything within the Google network because of the larger network the Google roots has with the web applications. 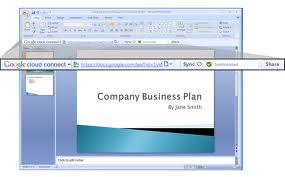 The Google has the strong sharing and collaboration of the real time collaboration with in the web browser that has added the functionality and sharing anyone with anyone can be taken in Google Document and the answer of it is again comes from strong Google network that Google has and in case of the Microsoft, the share point service is there with the windows live site that can be share with the document with in the browser from the desktop version with in the private network using the world wide web.

Winner-Google again declared as the winner because of the strong real time collaboration of the document of desktop version using the deep roots of connectivity of it in comparison with other Microsoft share point network. 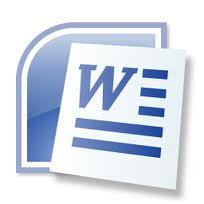 The Microsoft has the strong powerful world processor which is known with the name of the Microsoft word because of the high ease of operations and compatibility of it with most of the applications and less complex it is work with, so the Google documents will working into it to improve its feature and finally the word has made easy for the Microsoft to gain a high hand over the Google documents, by allowing the easier creation of the tables with the spell check features that can be implemented as the main tool for the document editing because auto-correct the spell mistake automatically.

Winner- Microsoft is declared as the winner because we all are well aware with the fact that how much popular Microsoft word is? And no one has the that kind of fast processing tools which removes the errors fast and keep your document up to date with the online editing too. 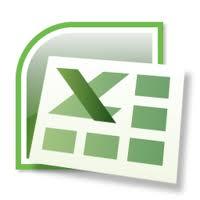 The Microsoft Office 365 provide the spreadsheets according to which we can make use of the macros, formulas, cells and rows by providing the Microsoft Excel for the Web applications that will authorize as the same Excel formulas using the desktop version which will reduce the complexity and simplify the online sharing for excel documents that allows to carry the easy calculations online using the publishment of blogs and websites and whereas the Google documents will not help the user to do calculations online
Winner- Microsoft is the winner of calculations of spreadsheets online using the web publishing feature that will allows the Microsoft to have top hand over the Google.

Why Microsoft Office 365 is known as Google Document Killer?

The Microsoft as already explained offers the creating, editing and saving of the online documents either by the priority manner for the user such that user can set the priority mode either emergency or normal or specifying the accessing modes which impose certain restrictions on the receiver computer that includes public, private or protected mode. Moreover, the Microsoft word and Microsoft Excel have proved to be the best features because of the high processing online capability in comparison with other features and if we see the overall features of Microsoft Office 365 and Google document then off course, Microsoft Office 365 will be declared as winner and you can see it from the features which is discussed above.

Components of the Microsoft Office 365

From June 2010, Microsoft is offering public access to final version of Microsoft Office 2010 Suite. Read more about prices and comparison with past versions of office in this page.